The volume of an n-dimensional sphere increases with r^n, r = the radius of the sphere.

When space has a high negative curvature, homogeneous and isotropic (everywhere the same and in all directions the same) then volume increases faster with r than its volume-formula describes for flat space.

I assume such a negative curved space can exist. I mean, the volume increase to be proportional to r^5 in every point of space and in all directions, while the sphere is 4-dim. I don't know whether this assumption is right but in this page I assume curvature can be adjusted like that.

Suppose you are a 3-dimensional observer O. You observe a matter distribution of C-60 molecules around you, just ordinary 3-dimensional C-60 molecules. All molecules are standing still with respect to you. You can measure the apparent diameter of a molecule and thus infer the distance r to you - if not, you should use a bigger type of molecule. The distribution has a quite low average density, the nearest molecules are about 1 kilometer away. The observed distribution is isotropic but the observed number-of-molecules m at a certain distance r increases with r^5; m is proportional to r^5.

We state that the following possibilities have identical observations of matter distribution. Provided those spaces can exist physically, they are indistinguishable for the observer O and thus for O, as experienced by O, will superpose.

1) A flat 3-dim space in which C-60 molecule density increases in space with r^5, being r the distance to the observer;

2) A flat 5-dim space with homogeneous and isotropic distribution of C-60 molecules;

3) A highly negative curved 4-dim space of the described kind with homogeneous and isotropic distribution of C-60 molecules;

4) A 3-dim flat expanding space with homogeneous and isotropic distribution of C-60 molecules, in which the expansion simulates the effects of the highly negative curved 4-dim space of number 3. I tried to discuss its existence in page 4 of the storyline EXPANSION OF THE UNIVERSE, the column at the right.

The observer observes its local environment to which he, she or it belongs, as being 3-dim. The transition between your local 3-dim space and the space further away around you is, as to speak, not your business. It consists of vacuum that you cannot observe.

If space turns out to be 4-dim or 5-dim, how then the transition is made between your local environment, obviously being 3-dim, and the 4-dim or 5-dim space further away? I don't know, but IF nature provides an existable way THEN those possibilities will superpose.

Well, I guess under normal circumstances this will not be the case. But circumstances have been not normal in the far past. Nor are they everywhere in space. 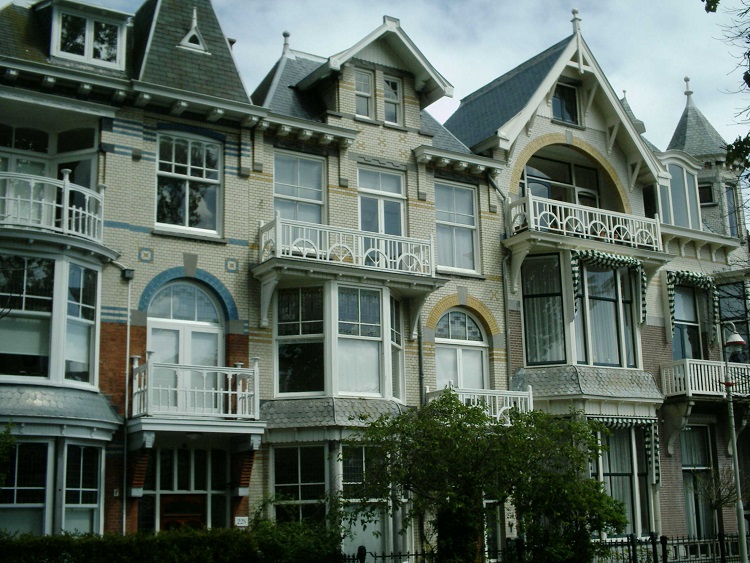 About a sphere, the higher its dimension, the lesser there is in the inside. In high dimensions nearly all the volume is on the surface. The inside is comparatively empty.

Gravity is strongest at earth's surface. Outside it drops with r square, inside with r.

Charge collects on the surface of a conductor, no charge inside, no charge outside.