As observed by us, the time axis t’ and the space axis x’ of the photon coincide, see the derivation of the Minkowski diagram at page 2 of the storyline SPECIAL RELATIVITY, in the small comic in the column at the right. But the photonmeter and the photonsecond do not coincide! The meter has shrunk to zero by length contraction, and the second is stretched to infinity by time dilation.

As observed from us on earth, time stands still on and in the photon. The photon can cover an infinite number of photon meters in no photon time at all, infinitely fast. But actually it does so only one single moment, zero photon seconds. This hardly can be otherwise: space and time axis coincide. On that joint axis there are an infinite number of photon meters but only one photon moment; zero seconds, that is.

Observed from the photon, the photon stands still and the entire universe speeds by with lightspeed everywhere around it.

As observed from the photon the location of departure (an electric charge, somewhere in the universe) and the location of arrival (another charge, somewhere else) do coincide (length contraction: distance shrunk to zero). The photon simultaneously is at its starting point and point of destination. The lifespan of the photon is zero photon seconds. The photon observes itself as an instanton, a zero dimensional space without elapse of time. A mathematical point.

(The length contraction is solely in the direction of motion. In the photon’s world, the photon’s arrival point cannot lie a little bit aside from its starting point. They really have to coincide.)

As observed from the photon, all distances in the direction of motion have become zero, all starting and ending points coinciding; but distances perpendicular to the direction of motion remained the same. However, the time the photon possesses, to make a sideway trip is zero seconds. That is a pity because due to time dilation time around the photon has come to a standstill. As observed from the photon the universe lives forever, infinitely long. So much to see and so little time…!

As observed from us time dissynchronization over the photon’s track is maximal: 1 second per lightsecond, 1 year per lightyear, and so on.

Does the photon have dimension, thickness? No, I don’t think so, the photon has no thickness. Not in the direction of motion because of the length contraction, and not in the perpendicular directions because the photon doesn’t have time to establish coherence.

TONE is my Theory Of Nearly Everything. In TONE 2.3 Dark Dynamics is argued the photon consists of an electron and a positron massless coinciding. Read from When the electron approaches the positron within its time border, then the composite absorbs Higgs field particles at precisely the same pace as it emits them. See also page 5 of NETFORCE IN QED. The positron traces out a small spherical area where time is running backwards, its radius calculated in The calculation of the time border in page 2 of EXPANSION OF THE UNIVERSE, or in TONE, paragraph 2.2 The Time Border. The electron lives in a matter world, its time direction is identical to that of the surrounding matter, so there is no time border around the electron. There is a time border between the positron and the electron, there have to, as being the transition from forward to backward time evolvement. The electron in the photon propagates from A, the place where the photon was created, to B, the place where the photon is absorbed again. The positron in the photon propagates from B backwards in time to A, as observed by us, matter observers. So the photon consists of equal amounts forward time evolving matter and backward time evolving antimatter, resulting in a net elapse of time zero.

According to quantum mechanics, as experienced by us (not observed, you cannot observe the photon, it's gone then), the main part of the photon that goes from spacetime point A to spacetime point B consists of a superposition of nearby parallel lines, its division obeying the uncertainty rules of Heisenberg. Mark those lines don’t see each other! It are the indistinguishable possibilities, superposing with its direct route from A to B. According to QED the photon follows simultaneously every possible path from A to B. All those paths add to the superposition that shapes the photon's existence. This is the renormalization procedure.

In QED there are also contributing all possible electron-positron pairs emerging from the nothing, and all kind of electric charge-anticharge particle pairs, as well as all possible photon paths connecting those charges. But the more massive the charges are, and the more couplings are involved, the lesser its contribution to the final photon and soon these extra contributions are that small that there is no need anymore to take them into account. That makes QED calculable. 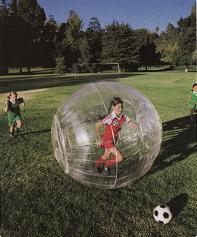