In this site the state of a particle has an existence, a reality-experience (page 2 of DIMENSIONS) of its own. For an observer a particle always is in a superposition of all its possible states, all states that lead to the same observation by the observer.

If a state contains remnants of its past, those remnants will tell a logically coherent story about what happened in earlier times. If we have no knowledge available of those happenings in earlier times nor about the remnants, then the (unknown) remnants will appear to us, wil be experienced by us, as a superposition of all possible sets of remnants that could have lead to the present state. This superposition will remain until some measurement (or just decoherence effects) will force us to enter one of those worlds.

Let's shift to an example of the philosophy so far. First we give a line-out of an experiment we want to perform.

Suppose we have an electron at space-time-point A that emits a photon. The photon is heading for another electron at location B.

In the new world we are in now, the conservation laws of impulse and energy demand there still is emitted a photon at event A, but it went another path. Most likely it went through B at precise the same moment as before, but without reacting with the electron there.

Where our photon has been born now we can figure out by elongating its travelling path backwards. It might be born on a distant star in another galaxy far away and many years ago, provided there is open sky at point B. In doing so we changed the photon's past from containing the photon's birth at event A into the photon being born quite somewhere else.

The conservation laws of impulse and energy demand the photon coming from this new origin already existed in that first world from which we started, where the photon was moving from A to B.

Mind all this assumes a photon can be acted on (erasing travelling information at B) without destroying it (it passes B).

Changing the links between local environments

I wonder if I am right about the proposed restrictions that the conservation laws impose on new worlds. We assume in all superposed worlds the same laws of physics to hold. Otherwise an outside observer could not interpret the interference pattern it experiences according to one set of physics laws. The laws don't change when shifting from one world to another. The conservation laws hold in any of the superposed worlds.

But do the conservation laws apply to the shift itself? Could a measurement make us enter a complete different universe, with new and different outside observers, as long as the new universe obeys the old laws? It is not the universe that changes then, neither it is us. It is the link of our local environment to the outside, to the rest of the universe, that changes to a different link.

The superposed worlds differ. That is, they can differ, in net number of photons, in net baryon number and net lepton number, as long as the measureable quantities of the wavefunction will yield the same values when observed. The case of correlated particles (See Experiment 1 - the EPR experiment at page 1 of EXPERIMENTS ON THE COLLAPSE OF THE WAVEFUNCTION) shows the differences might be distant to each other. But this is all meaningless. We are our local environment, local in space and time. The speed of light is the upper limit of an influence. We can gather observations from far away and long ago, but we know them only when data about it (read: particles) had actually reached us. Then we enter one of those possible worlds.

This is what I think Descartes meant by his expression I think so I am. Nothing is for sure. The world may end just outside your visible horizon. The remembrance to the past might be fake memory. The future has always been uncertain. There is only one thing for sure: I think so I am. Your here-and-now experience. Your local environment.

The speed of light is established as the absolute upper limit of every kind of displacement in Experiment 2 - The inverse square force law at page 2 of EXPERIMENTS ON THE COLLAPSE OF THE WAVEFUNCTION, amongst a number of other things about the adapted interpretation of quantum mechanics that I present in this site. Experiment 2 is considerably longer than Experiment 1.

This is in agreement with special relativity. In sr a frame of reference can be decomposed in a collection of linked neighboring local environments. The lorentz-transformations between two frames can be rewritten as a changing of the links only, see the storyline SR about Special Relativity, especially page 7. When you are changing speed, links are disconnected with neighbors in spacetime and are reconnected with other neighbors in the same spacetime. In fact that's all there is to special relativity.

It is in agreement with GR too. As is argued in TONE, Chapter 1, especially in 1.3 General Relativity, space is not curved. Absorption from the Higgs field curves space, and the subsequent actions of gravity curve space back to zero curvature. The vacuum consists of vacuum marbles. So anyway one can regard every single marble as a local environment. The curvature of space, including its curvature back to zero, can be reinterpretated as the links between vacuum marbles changing into other links with eventually other vacuum marbles.

So at this stage the answer seems to be Yes, the past can be changed, as long as the remnants of the past are outside your Local Spacetime and are not measured yet. The measurement of the electron and in doing so reducing its wavefunction, might shift all of its outside (in space and time) to a universe in which the electron had a very different ensemble of pasts, an ensemble that differs from the ensemble in your Local Spacetime as it was estimated so far. 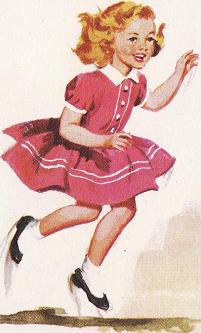 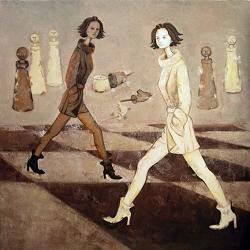 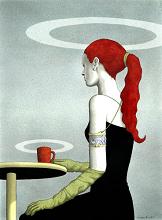