The story - part one

One possibility is indeed that a superposition of states, your endless set of potential possibilities, by an observation is reduced to only one of those states. There have been made a choice by means of an observation. One may regard that as if the original sea of possibilities is invaded and they all are destroyed except for one. But theoretically it can go the other way. At first you can see the sea of possibilities, the superposition of states, as being locked away from the observer. As if they are put in a box in which they are completely locked away from the surrounding observers, as happened to the unfortunate Schrödinger cat. Now what happens when the box is opened? The first possibility is described above. But there is another one. In stead of the reality entering the box and intrude its structure upon the contents, it also can be the sea of possibilities coming outside. At the moment you open the box and the content is becoming visible, you notice, when you look around at that moment, that around you and the box together a new, bigger box is taking shape and closing then. Then you know, but the people around you who cannot see you, only see a bigger box from which they know that a superposition is in it. A sea of possibilities. 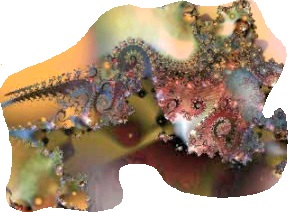 In one possibility you have opened the box and see the cat is dead. The radioactive atom has decayed, has released the poison and the cat has died. In another possibility you opened the box and took a living cat out and gave him or her something to eat. The animal must be starved! In a next possibility to your surprise you see the box is empty. The cat has escaped. And each of the you's only knows her own reality and thinks she made a choice. And all those you's are in superposition, existing all through each other, at the same time and place. It sounds so logical: when the states in the box can be in a superposition of states, so can you. But you will never notice. There even will be no point in making the good choice. There only is the superposition of all possible states and when you made this one choice, it is only at the cost of the other you's making the other decisions! It is grandiose and fearful at the same time. There only is the sea of possibilities, constant forever, and there will never be something else. It only looks like that. What do we buzz around.

The boxes themselves don't have to be real. People outside a box only have to be outside the box in so far they cannot distinguish no more between the separate different states in the box. That might be possible with real boxes, but every other circumstance sorting the same effect suffices too.

Now the situation is that there is a bigger box inside which is the superposition of the following states: 1) you with a living cat, 2) you with a dead cat and 3) you without cat (cat escaped). The small box has been opened. The superpositions inside have spread over the world outside: the content of the bigger box.

The bigger box with you and the cat inside should behave according to the interference pattern of the states in the box, as is the case in the famous two-slit experiment. In the two-slit experiment the interference pattern reveals itself as a row of alternating dark and lighter bands on the projection screen behind the slits. But what do the people outside notice from the superposition within? How does the interference pattern look like? To be honest, I don't know. The interference pattern has to be there. When you super-precise measure up the gravitational field around the box, would you see anything that make sense? You are not allowed to push the box at several places to look whether the box contains more mass at one place than on the other. That would reveal clues about whether the creatures inside are still living or not, but would definitely destroy the interference pattern. The superposition would be reduced to one choice. In doing that you would open the box. You have to restrict to the collecting of measuring data being present from nature already. You are not allowed to perform any measuring that impinges even the slightest influence on the content of the box. By example by enlightening with only one single photon (=light particle). 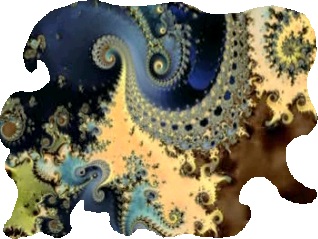 And then the people outside, who cannot see you, open the box in which you are. The sea of possibilities in the box comes out and spreads out over the world. A biggest box takes shape around you, the cat and the ones who opened the bigger box, and closes. In one of the possibilities a typical chat could go by as following (O = the people Outside, Y = you and C = the Schrödinger Cat):

O: Hey! Nice to see you back again! You were in a superposition of states!

Y: Oh really? I didn't notice anything of that! 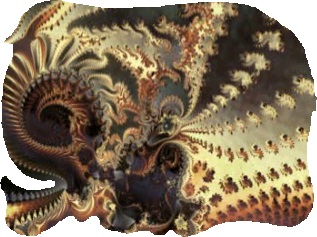 A biggest box has shaped and closed around O, Y and the cat. An observer outside that box should be able to see an interference pattern of the box, that is, the states in the box. In the box there is a superposition of 1) Y and O with a living cat - this possibility has just been described above; 2) Y and O with a dead cat; 3) Y and O without cat (it has escaped). In either possibility the small box and the bigger one are both opened. In principle this process of opening of still bigger boxes and from there the spreading out of the sea of possibilities, continues on and on, until finally the entire universe has been enclosed within. And because except for God no one observes the universe as a whole, this superposition remains intact as it is and changes no more.

Suppose you have a process evolving from a certain start state to a certain end state. When the process can evolve in more than one way AND from available data there is no possibility to distinguish which possibility has been chosen, then quantum mechanics demands these possibilities to go in superposition.

It is as if every possible way the process can run is depicted on a transparent piece of paper. All sheets of paper are placed on top of each other and when you look at the stack from above, you see all possible processes running at the same time right through each other. The processes don't see each other. A process on a sheet has no awareness of the processes on any of the other sheets. The entire stack is placed in a box and the box is closed.

When you open the box (by a measurement) all sheets disappear, except for one. That one is the arbitrary choice out of the stack. The outcome of the process - its end state - is different now, since the contributions of all other sheets is missing. This is the collapse of the wavefunction.

When you close the box again without taking the sheet out, then the outcome of the process retakes its shape as if all sheets were present in the box. Once again the start state is converted to the end state it had at the beginning of this short story. As if the box has never been opened. It starts all over again.

But not precisely the same. If you open the box again, the arbitrary choice made out of the superpositions will be a different one now. Most probably.

This has led me to my choice of how to interpret quantum mechanics. In my choice the world splits in as may worlds as there are sheets in the box. And you find yourself back in one of those worlds having in hand one of the sheets. Not seeing all the other worlds wherein every other you has got one of the other sheets.