In "Colors as quaternions" quarks are presented as spin 1/2 particles with the quaternion units i, j, k, -i, -j, -k as colors. The conjecture is proposed that there should exist spin 1/2 particles of color 1 and -1 and that these very well could be the leptons. If we accept the conjecture, does the electron have color 1 or -1? (Quaternion units 1 and -1, is meant here.) I am unable to make calculations, but I can estimate some results.

The electron and the quark merge via the strong nuclear force to one quark of opposite color and spin 1 or 0. A half spin can be carried off by an anti electron neutrino via the weak nuclear force. The electric charge becoms +2/3 -1 = -1/3 (merging with u-quark) or -1/3 -1 = -4/3 (merge with d-quark).

However, the anticolor of that single quark can by no means be combined with the two colors of the remaining quarks in the same baryon. It will lead to a colored end state of the baryon and that is forbidden.

So for the quark there is no other way than to re-emit the electron again long before the electromagnetic force or the weak nuclear force can perform any action. So no, any electron will not be absorbed by any quark in the nucleus, which fits in with every-day observation. Compare the black gluon at fig 3.9 at page 3 of QCD.

(Maybe problems can arise when within the same duration of 10^-23 sec 2 electrons are absorbed by one quark, 2 other electrons by the second quark and 2 electrons absorbed by the last quark of one single baryon.)

So, except for cases like 6 absorbed electrons, the elecron very well might have color -1 and be an antiparticle.

and this gives zero net color end states. A half spin can be carried away by an electron neutrino via the weak nuclear force.

I suppose the repulsion between the electrically positive nucleus and the also positive positron makes the contribution of the wavefunction in the nucleus very small. Most likely the positron will annihilate with an electron long before being observed in the nucleus.

3) What if the electron has color 1? Things would immediately go awfully wrong. Each of the three quark can absorb the color 1 easy, the neutrino carries away a spin 1/2.

As final result virtually all electrons would be absorbed by the nuclei within a second and that has no resemblance with observation. No, the electron cannot have color 1.

1), 2) and 3) are in nice agreement with the considerations in "The baryon number and lepton number of a black hole" at page 5 of the storyline EXPANSION OF THE UNIVERSE.

The standard model says that, except for gravitation, neutrinos can only couple to the W+, W- or Z0 particle. Neutrinos do not couple to any of the other particles, including themselves. Also according to the standard model, there only are spin +1/2 neutrino's and spin -1/2 antineutrinos. In earlier times, when one still thought the neutrinos were massless, the neutrinos were supposed to propagate at light speed. The picture then is strange but not immediately leading to contradiction. But since the neutrinos turn out to have some mass, things are different.

Suppose, for one W-particle W1 the neutrino n1 has spin +1/2 and a velocity of, let's say, half light speed. In principle n1 and W1 can couple. Then, in the frame of reference of W1, there is a second W-particle W2 that moves in the same direction as n1 but with a larger velocity, e.g. 0.9 c. In the frame of W2 n1 now moves in the opposite direction and thus has spin -1/2 and thus cannot couple to W2. So for every neutrino when there are W-particles that can couple to it, there can be found other W-particles that cannot, depending on their relative motion. This must be the picture then. The point of view that spin -1/2 neutrinos and spin +1/2 antineutrinos don't exist, leads to a different world view of W1 an W2 (not agreeing on the existing of n1) and therefore must be abandoned in the standard model.

Now for TONE. In TONE also the neutrinos would have color 1 or -1, see the text below table (4.3.6) in chapter 4 Quaternion Gravitation. A meson can be converted by W+ or W- or Z0 to an electron (lepton number 1) and an anti electron neutrino (lepton number -1). From the previous paragraph we know the electron is an antiparticle with color -1. Then the anti electron neutrino must be a particle and have color 1.

A spin 1 particle of color 1 x 1 = 1, isn't that a white glueball? Well, the two neutrinos have some mass, so the merger has mass too. Does the white gluon has mass? TONE assumes not. Then the neutrino merger is not a white gluon.

Well, that is, two simultaneous neutrinos can do the job: within one and the same 10^-23 sec two positron neutrinos happen to coincide near a quark in a proton or neutron. The two neutrinos then merge by the strong nuclear force to a spin 1 particle of color 1 x 1 = 1 that is immediately absorbed by the quark. The quark then emits the extra spin 1 by one photon. It seems possible, but doesn't sound as an easy process.

What if an u-quark in a proton emits a positron and a spin +1 electron neutrino? As argued the positron is the particle so the electron neutrino is an antiparticle and has color -1. Color -1 has no change to be absorbed by a quark, compare 1) in Electrons as baryons. Electron neutrinos don't react with the quarks in the nucleus.

A new type of radiation: Neutrinophotons

At page 5 of NET FORCE IN QED is taken a field of spin 0 photons as lepton Higgs field. At this page (page 4 of QG) the electron is proposed as possessing color black, quaternion value -1, a colorless color but nevertheless a kind of color. Why shouldn't then the electron and the other leptons gain their mass just as quarks are supposed to do, by absorbing a color-anticolor gluon pair from the vacuum? Maybe energy considerations prevail here. Maybe a color-anticolor pair of gluons take a lot of energy, yielding high mass, as is suitable for quarks. The electron as black color, the positron as white and the spin 0 photon as massless coinciding of these two offers the possibility to absorb only one spin 0 photon from the vacuum, instead of two gluons. I guess this yields a much lower mass as is desired for the electron.

Mark the energy of the absorbed vacuum particles is converted to mass, that energy is not available for practical use.

Meson
= 2 quarks (one quark + one antiquark) 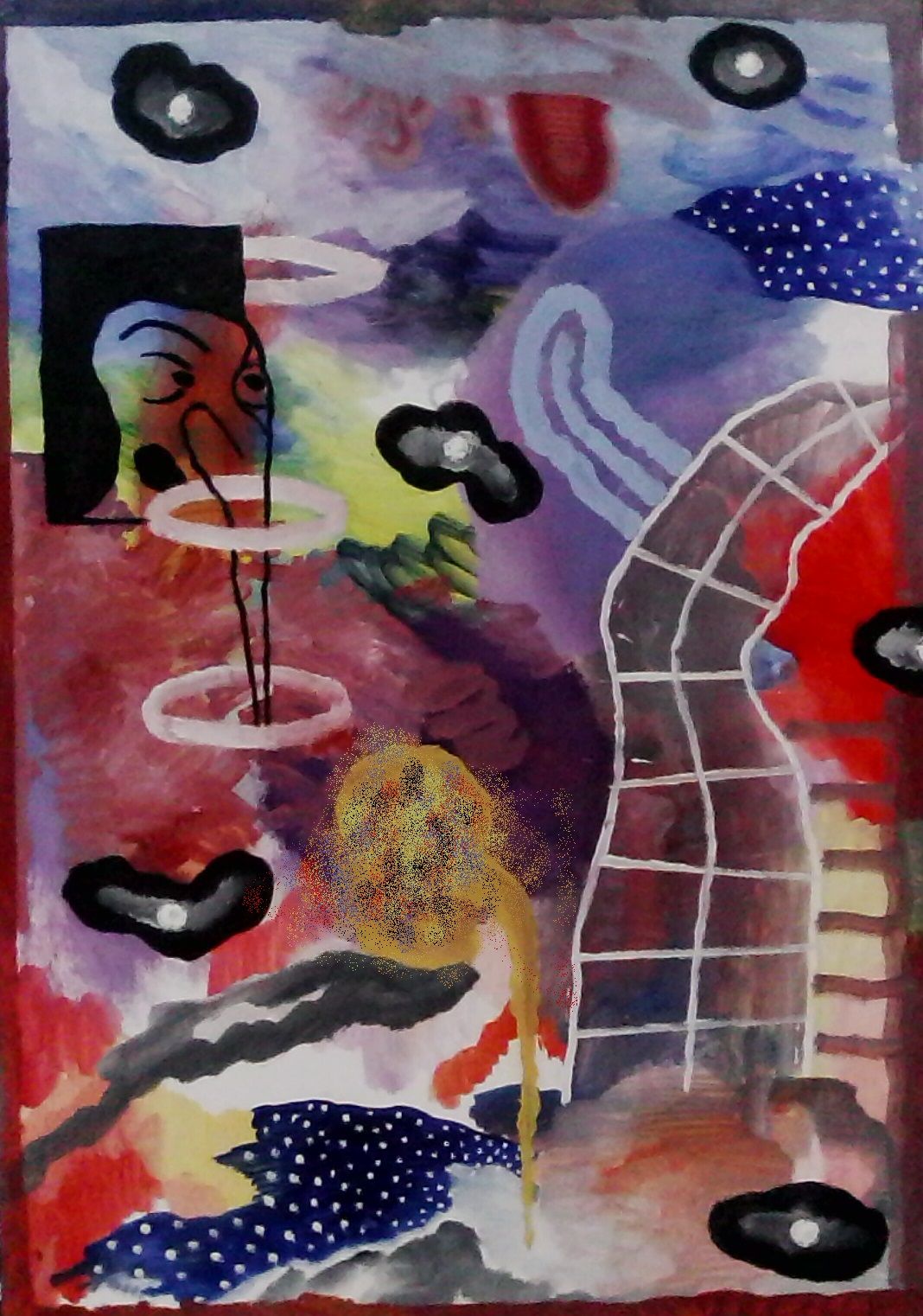