At the previous page of this storyline the vacuum is proposed as a liquid Bose condensate of vacuum marbles. At this page those vacuum marbles are filled in with pairs of spin 1 gluons. Originally this page sets out in the colorshift interpretation worked out in the storyline QCD, but this approach is abandoned. Now Quaternions replace the colors in what can be called QQD, quantum quaternion dynamics. We still can talk about colors and depict them as colors, but they are quaternion units.

Why gluons? The gluon is a well-known particle, we don't have to introduce a new particle. And it is the strongest and fastest reacting particle (highest number of reactions per second). Mind we are building spacetime, the grid to which all events are attached. If the particle making up the grid, was a weaker and slower reacting particle then the fastest reacting particles most of the time would have no spacetime background and at the sparse moments they had, the strongest particles as they are, would tend to rip the background apart, which is not observed. This rules out the weak force and electromagnetism as being too slow; at best they have a small contribution.

The lifetime of an unstable particle determines with nearly absolute certainty under which force it decays:

These are the accepted typical reaction times for W (weak force), P (photons) and G (gluons). So for neat dragging, with its lightspeed, zero mass and 10^-23 sec reaction time, G has preference to sustain the Higgs field and the gravitational field for baryons.

Why not quarks? Well, in storyline QCD, especially paragraph Meson exchange at page 4 and Four quarks in the shell at page 5, the gluon is proposed as a composite of two quarks, massless coinciding. So when the vacuum is made of gluons and the gluons are made of quarks, the vacuum is made of quarks. In a sense the densest matter that is not a black hole equals the emptiest possible matter: vacuum.

At page 5 of NET FORCE IN QED the photon is proposed as a composite of an electron and a positron, massless coinciding. This give rise to a second way to fill in the vacuum marbles: with photons. This then is the second Higgs field - it in fact being the old well-known Higgs field.

Current QCD presents the gluon as a particle with color charge, reaction time of 10^-23 sec and spin +1 or -1, that's all there is to the gluon. In my description the gluon gets a fourth property: it embodies a tiny bit of space.

For every strong force reaction, one gluon pair is absorbed from the vacuum. At page 3, 4 and 5 of this storyline is treated how this gluon pair absorption is the absorption from the Higgs field, giving the reacting particles mass. At the previous page is shown how this absorption makes a hole in the vacuum and sets the mechanism of gravitation in motion. Now you can follow better the calculation of the relative distance of the vacuum marbles in the pop-up frame radius of the Higgs boson. That distance is calculated to be about 10^-21 m.


Filling in the vacuum marbles

So the vacuum can consist of gluons that are 1. If so then each quark of the proton reacts with the vacuum 10^23 times per second (typical strong force reaction time), in each reaction absorbing a vacuum marble, thus causing the tiny gravitational field of the proton, according to the mechanism described in the previous page.

Gluons that are 1 are called glueballs, a glue1ball in the view of GluNons, page 7 of the storyline QCD. But colorless gluons don't glue, the vacuum they form will not cohere. So it must be colored gluons, i, j, k, -i, -j or -k, these gluons glue, gluing 3 dimensional space together. But there is no color in the vacuum. When there was, like the color i, then F * i = iF which does not equal F no more. It must be pairs of colored gluons that equal one: i * -i = j * -j = k * -k = 1.

The net color sum of the pairs with color within neatly adds up to zero:

We are trying to build spacetime from particles that are governed by Feynman-diagrams. The horizontal bottom-line of Feynman diagrams, where the situation starts with, are particles in free flight. That's all there is to a single Feynman diagram: particles with constant speed going from coupling point to coupling point. There are no accelerations in Feynman-diagrams, accelerations are a build-up effect of a large number of small velocity increments or decrements, small velocity jumps that are then.

When the vacuum consists of bosons - fundamental or composite - then a next such boson will perfectly align with the already present vacuum bosons (laser-effect). The boson will be absorbed by the vacuum, it will disappear while the vacuum expands by the volume of the boson.

When the vacuum consists of fermions - fundamental or composite - then a next such fermion will occupy the next available state and thus disappear too, making the vacuum expand by its volume. There always is another state, the number of states is infinite (Dirac sea).

Photons react at least 1000 times slower than gluons. So the vacuum will for 99.9 percent of the time be reigned by gluon reactions and only 1 out of 1000 times by an additional vacuum photon reaction. So if we talk about THE vacuum it is the gluonic vacuum, the hadronic Higgs field.

The vacuum particles of (2.2), do they have antiparticles? We construct the antiparticles by replacing every gluon in (2.2) by its opposing color, i by -i, j by -j and so on, see the quaternion colors at the column at the right. It is the same as multiplying every particle by -1.

There are two ways now to proceed.

This is worked out in the paragraph marked (3.20) at the next page.

Second way, the black glueball on itself is massless, but when two together they gain mass. This is worked out in Higgs mechanism 2 at the next page, especially (3.22) and (3.23).

As observed by us, forward time people, (2.9) is a massive vacuum, a vacuum with a massive component. The energy for that is not available. So in our vacuum (2.9) will not occur, only (2.8) will. Therefore time will run forward only. The secret of time.

by -1 in fact yields

When a vacuum particle is a shape, an object, and 1ijk space “is” xyzt spacetime, then all four coordinates of that object will change sign when multiplying by -1. The time swap makes it run backward in time. The first two space dimension swaps will cancel each other. The third space dimension swap changes the object in its enantiomer, its mirror image.        (2.13)

One single particle has its structure, its shape, relative to the vacuum. Take in mind e.g. its spin. If the vacuum itself is mirror-imaged, I assume the shape of the single particle is mirror-imaged along with it, not noticing something had changed. Swap of the sign of the time coordinate makes the spin of the particle to reverse. Changing the particle in its enantiomer swaps the spin back again. The spin of a particle that is residing in an area of vacuum particles that are multiplied by -1 as in (2.13), doesn't change.        (2.14) 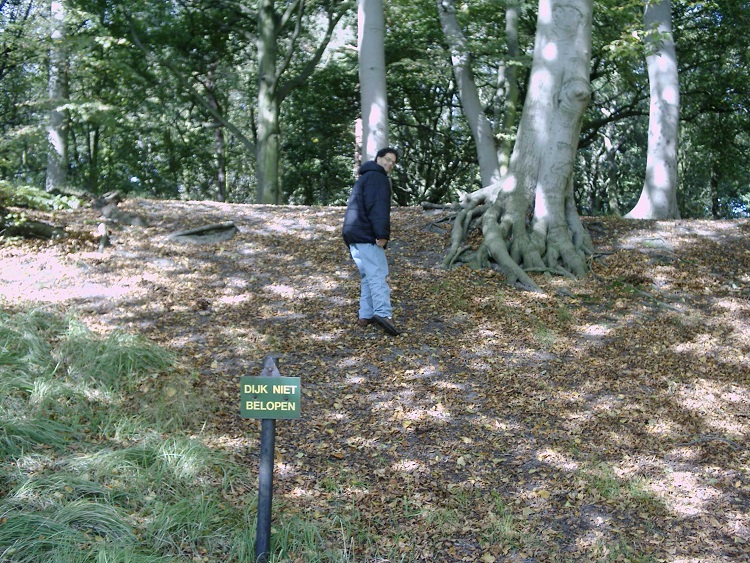