What happens when a real vacuum particle is in the vacuum? Is it absorbed into the vacuum or what?


A real vacuum particle in the vacuum

Suppose, in a particle reaction a real glue2ball appears, a two gluon composite of quaternion color value 1. It consists of one out of the 4 gluon pairs:

see (2.8) at page 2 of this storyline. It moves away from its origin and now it's on its own in the vacuum, no other particles around but itself. What does it do?

2) If the vacuum can absorb a glue2ball, it can also spit out a glue2ball, leaving a hole in the vacuum. The energy of the real glue2ball is provided by the tiny parcel of vacuum it had occupied - space converted to matter. When fast enough, so the hole is still open, the spitted-out vacuum particle can retake its original position. If there is more time, the hole will be filled in from the outside, causing a short and tiny gravitation. Then the situation is as in 1).

For the vacuum to be stable 2) must be precisely as abundant as 1).

Mark the spitting out in 2) is not precisely the time-reversed version of 1). When a reaction is time inversed, also the parcel of vacuum it acts in is reversed. The parcel is enveloped by a time border. The multiplication rules in backward time evolving vacuum are supposed to be different, see Dark multiplication rules at page 2 of EXPANSION OF THE UNIVERSE. The time border is calculated at paragraph The calculation of the time border at the same page.

3) Can a vacuum particle (nearly *) at the spot absorb the real glue2ball? The vacuum particle equals 1, our glueball equals 1 and 1 * 1 = 1, so nothing will change except for some energy absorbed by the vacuum - which gives rise to an excited vacuum state. Vacuum excitation is not (yet) defined, maybe not even possible. If it exists the vacuum will de-exitate immediately, I guess, by re-emitting the real glue2ball.

(* nearly at the spot: in The proton at page 5 of NETFORCES IN QCD one can read: “The ring areas that coincide at the intersection points don't react with each other at those points since their mutual distance is zero. When the center of one gluon enters the ring of the other THEN reaction chance is at maximum.”)

4) Can our glue2ball spit out a gluonic vacuum particle (another glue2ball), that subsequently pushes itself between the already present vacuum particles, causing a tiny expansion? Yes, but it costs the glue2ball a lot of energy to split itself in this way, energy that usually is not available.

(This is not exactly the inversed Higgs mechanism of antimatter since it all takes place in forward time evolving vacuum. Storyline THE EXPANSION OF THE UNIVERSE page 1 and page 2 introduces backward time evolving spacetime.)

5) Can our glue2ball suck up a gluonic vacuum particle? The glueball maintains existence but now there is a hole in the gluonic vacuum.

This is Higgs mechanism 1 and will cause the glueball to gain mass. Proposed in (2.7) at page 2 of this storyline is the black glueball (one gluon of color -1) has mass, but all the others don't. The hole then is filled in from the outside and this is the mechanism of gravitation as proposed in this site. So no, our glue2ball will not suck up a vacuum particle, unless it is the ( -1   -1 ) particle.

6) Remark (3.26) in page 3 of this storyline says Two gluons of opposite sign do not react. In the discussion at the end of chapter 3 of TONE, items (3.4) up to and including (3.9) also sustain the conclusion that colors of opposing signs do not react.

So the gluons in the gluon pairs the vacuum consists of, don't react either. They are kept together because separation means the emergence of color, which is forbidden. But they do not react. This also holds for the real vacuum gluon pair.

Some more about building the vacuum, especially building 4 dimensional spacetime from gluons as quaternions, is tried in Speculative thoughts about relativity at page 5 in the storyline QQD, especially (5.1) up to (5.9). 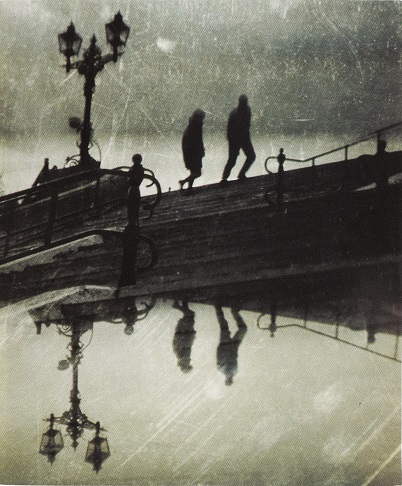