The model used is that any number of N gluons can always couple to each other to form a composite, a gluNon (pronounce glu-en-on) of net spin 1. Then a glu1on is an ordinary gluon, glu2on and glu3on are composites of respectively 2 and 3 gluons, and so on. The gluons orbit each other with an impulse momentum ..., -2, -1, 0, 1, 2, .... When the gluNon is white this is a glueNball (glue-en-ball).

Since gluons can emit and absorb each other, a gluNon can always vary between all possible N's, provided the impulse momentum can adapt somehow. And if the energy is sufficient. And if the whole gluNon concept isn't beside the point. When unobserved the gluon must be a superposition of all possible N's.

Maybe there is a kind of bottleneck for the composing quarks of gluNon states. When the 4 quarks are not near enough to each other they will not be all within their time borders and masslessness is not achieved. Why should the quarks be not near enough to each other? For gluon-gluon interactions we adopt the force being proportional to distance, like it is between quarks, zero force at zero distance and maximum force at about 0.9 fm, see The proton at page 4 of this storyline. So when the quarks are too near to each other they hardly will interact. They will pass each other by, at least try to do so. If they would, they are soon outside the reach of their time borders. But at the moment they are near enough, they form a gluon. So the chances are largest gluons are formed, just normal gluons. But once in a while it will happen all four quarks are near enough and when within their time borders the composing quarks achieve masslessness, gain lightspeed and are frozen in a glu4on.

Consider a gluNon with N going 2-->1, which means the two gluons of a glu2on merge to one gluon, formerly named gluon-absorption. (Nobody knows if gluon 1 absorbs gluon 2 or that it is the other way around. They just merge and split.)

Can 2 gluons merge to 1 gluon easily?

For a gluon to act as a vector-boson its spin must be +1 or -1. If two single gluons meet and form a glu2on, their spins add up to 0 (opposite spins

To get rid of extra spin an extra particle can be added to the interaction: a quark-to-meet to scatter along, or a third gluon. The actual Feynman diagram then shifts to a different diagram that depicts another possibility. Our glu2on with excess spin can convey a +1 spin to a spin -1/2 quark, or a -1 spin if the quark happens to have a +1/2 spin. However, such a quark is not always available in time. And if they meet a third gluon we encounter the next situation: can 3 gluons change into 1 gluon easily, N going 3 --> 1?

So the answer is no, 2 gluons don't merge easily to 1 gluon. A suiting quark is seldom available in time and only a small fraction of the gluons will have the necessary precise approaching-angle to each other in time. A spin1 glu2on - already formed somehow - will easily merge to 1 gluon. A gluon can easily shift between the states glu1on and glu2on. But 2 sole gluons will not easy merge to a glu2on or a gluon. And a glu2on will not easily decay in 2 sole gluons.

This means a building block of QCD, the emission or absorption of gluons by gluons, is not an easy process. Relative to the color-unit of time, 10^-23 seconds, it will be a rather slow process with low abundance.

So spin1 glu2ons or spin1 glue2balls are difficult to create. Should we leave them out of count?

As you see for 3, the glu3on possibilities, when the 3 quarks of a baryon all emit a gluon in concord - or anyway 3 gluons were created - and the gluons form a glu3on, then there are 8 possibilities for the spin and orbital momentum to be gluon-like, +1 or -1. Six of them are groundstate (orbital impulse momentum = 0) and so yes, in these 6 cases 3 gluons merge into 1 gluon easily. Two cases have the significant higher orbital impulse momentum of 2 or -2, making them to cost more energy.

Mark the resemblance of this situation with the 8 gluons in the Standard Model, from which 2 are white gluons, the energetic more expensive glueballs.

Also in quaternions there is this division, i j k -i -j -k are the six colors and 1 and -1 are the two colorless colors white and black.

First I thought it might be possible a mismatch has taken place here and the 8 gluon-states of the Standard Model in fact being composites of gluons. But gluons differ by color and here the difference is spin. Moreover,

Spin states do not react with each other as colors do.

E.g. when two gluons meet, their spins add while their colors multiply (anyway in quaternions they multiply). So a spin state division cannot replace a color division. But it is stil remarkable the spin states of the glu3on mimic the color states of the glu1on, the ordinary gluon.

So each gluon always shall be in a superposition of glu1on state and glu2on state and glu3on state and so on. The higher N states cost more energy and this reduces their contribution. But the number of reaction that lead to the gluNon state is larger when N is higher.

Spin has features like color. It is impossible to enter a spins world with an elementary particle without changing the spin. The spin-0 Higgs boson in my theory of gravitation, see page 2 of the QG storyline, is a composite and a short living intermediate state only. Otherwise there are no elementary particles with zero spin. E.g. the spin-0 mesons always consist of 2 quarks.

To the outside observer it is unknown which quark has which color. If a quark in the antibaryon emits a gluon one has to consider the whole antibaryon. There are 6 possibilities for the 3 colors to be divided over the 3 quarks:

The antibaryon (given here as quark 1, quark 2, quark 3) is in a superposition of all its possible quark-spin configurations:

(As a whole this gives the impression of a spin-0 baryon, but when we enter, none of these 8 possibilities have spin 0.)

The proton is the only stable baryon. The neutron is stable only when accompanied by a proton. The proton and the neutron have spin 1/2. Spin 3/2 in nature only occurs in unstable particles. (Which is not enough to rule them out.)

Let's consider the first spin-configuration, +1/2 +1/2 +1/2 = +3/2. One of the 3 quarks emits a gluon and turns itself to spin -1/2. The spin +1 gluon then can't enter one of the 2 other quarks in the antibaryon since they both have spin +1/2. Within the antibaryon there is no other choice for the gluon than to be reabsorbed by the emitting quark.

When 2 gluons are emitted simultaneously each gluon can be absorbed by the spin -1/2 quark left behind by the other gluon. As argued those 2 gluons hardly couple to 1 gluon, they will pass each other by. And they can be reabsorbed by the quark that emitted them.

Also 3 quarks emitting 1 gluon per quark simultaneously leads to an interaction. Then interfere:

1) All 3 quarks reabsorb the very gluon they emitted;

2) 1 quark reabsorbs the gluon it had emitted and the other 2 quarks interchange the remaining 2 gluons simultaneously;

3) Interchange of all 3 gluons in clockwise or anticlockwise direction in the antibaryon.

The binding between the 3 quarks of a spin 3/2 baryon depends on the simultaneous emission of 2 or 3 gluons only. This costs a lot of energy. That's why spin 3/2 baryons can only exist in energetic circumstances. In low-energy environments the quarks they consist of barely cohere. But they can't leave each other either since sole quarks do not exist. So for the moment they stay as they are, overdoing their lifetime, until finaly a W+, W- or Z0 particle is in the neighborhood and the spin 3/2 baryon decays.

The situation changes when somehow can be detected precisely enough which direction or place the gluon came from. By example the very close proximity of a meson next to the antibaryon may force the nearest quark in the antibaryon to react with one of the quarks in the meson. Then is known which quark emitted the gluon.

Do large numbers of N count?

Higher N - like 4 gluons or a glu4on - cost more energy, available by e.g. high impulse or highly excited internal state. The higher N is, the more energy is needed to realize the situation and the lesser number of contributions can afford that. The wavefunction-contribution of higher N suffers of energy-reduction.

So the answer seems to be no, in (nearly) groundstate possibilities of higher N don't count. The larger the environmental energy, the higher N counts too. In N-conversions 1 --> 3 and 3 --> 1 are the main processes. (Only N is given here, each number is a spin1 gluNon). Every time a gluon splits in 3 one gets one pair of gluons extra. Every time 3 gluons merge one loses one pair of gluons.

All even-N spin1 gluNons convert easily to each other as long as the environmental energy can effort it.

Spin1 gluNons can also merge and split easily without the total number of gluons changing, like 9 --> 5 + 3 +1.

In fact, when energy is no restriction a gluon always sets off as a superposition of all N.

When plenty of energy available and 5, 6, 7 up-to-infinite gluons being emitted simultaneously (which may count as one step), all those gluons have to merge again (be absorbed) thereafter. The time for the whole reaction to accomplish is the number of subsequent steps * 10^-23 seconds. The covered distance, the range of the reaction, can be as much as number of steps * 10^-15 meters. If 100 gluons are emitted simultaneously in the course of the following white-restoring reactions the colorstate of the quarks ranges between 27 possible colordivisions, from

Collisions between a glu36on (try - no don't try! - to imagine the impulse momentums between those 36 gluons) and a glu15on have to be considered. 25 gluons can merge into 1 gluon. Any gluNon can always emit or absorb any glueNball. And so on.

It might be that in near-groundstate at any moment there is at the most 1 maybe 2 sole gluons in the baryon. But the situations created in our ever larger particle accelerators offers environments of ever higher energy. Let's suppose this energy is sufficient for 1 gluon to come to existence and make that 1 gluon one time to split in 3 gluons. Then the whole scheme of Three gluons emitted simultaneously in the previous page is applicable, as well as the table in this page just below Can 3 gluons change into 1 gluon easily, N going 3 --> 1? Once again I wonder if we didn't mistake the gluons we use for analyzing our particle collision results for glu3ons, or at least just 3 gluons for each gluon we use now. 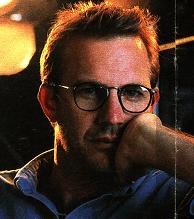 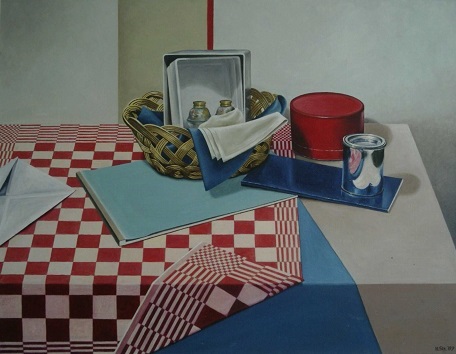