Protons and neutrons appear colorless to the outside but inside their quarks have color. At page 3, 4 and 5 of the storyline NEWTON EINSTEIN GRAVITATION I propose the vacuum as a Bose condensate of vacuum marbles. At page 2 of the storyline QUATERNION GRAVITATION I propose the vacuum marbles as a gluon-pair composite, where space appears colorless but has color inside.

Suppose you are on the earth surface, constituting frame of reference A. High above you rockets speed by along different straight lines in different directions (not crossing) and all with constant speeds. They are frames of reference B, C, D, etc.

In the storyline about SR - Special Relativity - I describe how one single moment in frame B is regarded as being built from 2-dimensional planes, slices I call them, perpendicular to the line of motion of rocket B. From my proposal about gravitation I conclude those slices consist of gluons, gluon-pairs (and a neutrino field). Within the rocket frame B all slices glue together with color, all colors. But where in the rocket frame B all slices are simultaneous, belonging to one single rocket-B moment of time - as observed in the earth frame precisely the same slices belong to different moments of time - earth time that is. Therefore in the earth frame A the slices must glue together with white gluons only - in fact being not glued together.

So gluons that are white in one frame have color when experienced in a frame that is speeding by. (We cannot say observed in stead of experienced since observation would disrupt the wavefunction of the gluon.)           (5.2)

Apart from space-existing-of-gluons, this holds for the quarks in the baryons. Quarks that at a certain moment t are bound by color in one frame, because they neighbor at the same moment, are bound by white gluons only in another frame - in fact not bound, that is - because they are neighbors at different moments in time. But of course they're bound by color to nearby quarks at the same moment of time. The plane of white gluons rotates.           (5.3)

Color is imaginary and white is real. White is the time axis, in relativity taken as imaginary. So the time difference from (5.3) needs a real-imaginary swap, see (4.13) of previous page. While in the first frame there is no time difference and hence no swap. The character of the swapping - yet unknown - determines whether, for an unambiguous spacetime for all frames, the swap has to apply to all of spacetime's points. If so, then the conjecture seems justifiable to identify the x,y,z axes of spacetime with the i,j,k axes of colorspace, at the end of any calculation followed by the real-imaginary swap. It would give a clue WHY our observable space has precisely 3 dimensions.           (5.4)

Any particle only absorbs from that vacuum - that Higgs field - with respect to which it is standing still. Only then it absorbs the least amount of mass from the Higgs field. Or energy, according to E=mc

. This is in the spirit of page 1 of NEG, where is suggested one can stand still with respect to the vacuum. Still there is no preferred vacuum since there is the superposition of all possible Higgs fields, see page 3. For any speed there is a Higgs field to which you are standing still.           (5.11)

Space, ordinary xyz-space, is isotropic. An orientation of a coordinate system in space is as good as any other orientation.           (5.12)

Gibbs considered quaternions not to be very useful. He pointed out that in his calculations he always needed only the real part a OR only the imaginary part bi + cj + dk, but never the full quaternion q = a + bi + cj + dk. This fits in with (4.12) at the previous page, 1ijk-colorspace = xyzt spacetime, and especially quaternion real time axis 1 = our imaginary time axis ict. In Gibbs' time Newtonian space and time were always neatly separated, so this quaternion behavior is precisely what is to be expected.           (5.13)

The gluons of the vacuum are in a superposition of all possible ways they can be stacked upon each other and of all possible orientations the gluon stackings can have. (E.g. as in a rectangular grid, or a grid layer-by-layer half a gluon diameter displaced, and so on.)           (5.14)

The conjecture is that antimatter quark reactions go backwards in time. The visibility of antimatter depends on whether the forward time or backward time evolving gravitational field dominates. The (in)visibility of antimatter is well treated in FORWARD BACKWARD TIME DIRECTION page 4 and further. In backward gravitation Higgs particles are emitted by a particle and then absorbed by the vacuum, enlarging the vacuum with the volume of the Higgs particle, see NEG page 3. The invisibility of matter that goes backward in time was first issued in THE DIRECTION OF TIME page 1 item 12.           (5.15)

When 1 is forward evolving time, where colorless white photons radiate from a star, then -1 is backward evolving time, with colorless black photons being sucked up into a dark star. The star is not visible, hence the photons can be called black. When 1 is white, then -1 could be black. But photons have no time arrow, they are their own antiparticle. So there is no difference between white and black photons. The difference is entirely in the entropy increase/decrease experience at their source/goal. A nice model of the photon is in THE EXPANSION OF THE UNIVERSE, page 2, paragraph Massless coinciding.           (5.16)

Our vacuum is 1 and their vacuum is -1. And their computation rules should be different, see THE EXPANSION OF THE UNIVERSE, page 2, paragraph Dark multiplication rules.           (5.17)

A narrow, tiny shell around the antimatter quarks is the spatial border between our forward time evolving vacuum and the backward time evolving vacuum of the inside. An estimation of the border is given in THE EXPANSION OF THE UNIVERSE page 2, paragraph The calculation of the time border. This border then emits both to the outside - which is what we can observe - and into the inside - what in the inside frame is observed as their emission from their inside towards the border.           (5.18)

Replace every k by i * j and replace every -k by j * i. Provide every real number by a factor -i * i or -j * j. In this way every formula can be rewritten as an operation on complex numbers a * i and b * j only (a and b are real numbers). There are no k-components and no real components anymore in the formula.

If xyzt spacetime equals 1ijk-colorspace, does this mean all of spacetime can be written as a projection on one single i-j complex plane? Without a real axis? That means: without time axis? Unambiguously and clear? In the projection every factor, every term has a lot of ways it originally could have been composed of k and 1. (1 means real here)

Gerald Tros stipulates there is only one kind of electric charge, coming in a positive value and a negative value, and that there are 3 kinds of color charge, each of them coming in two opposite values called color and anticolor. When going from electromagnetism to the strong nuclear force it is not a step from 2 to 3 charges, but a jump from 1 charge to 3 charges.

I wonder, the jump from G to P (G is Gluon, P is Photon) is this a projection from 3 dimensions to 1 dimension? And when you add time, a step from 4 dimensions to 2 dimensions?


An earlier effort to connect quaternions to qcd

We continue the view of gluons as complex numbers of length one, described at paragraph Do large numbers of N count? at page 1 of COLORSHIFT QCD. Gluons are rotations? So it will be. Let's start rotating 1 by the 3 white gluons

is the gluon that changes cyan

When we solve q, r and s, we have the gluons working between

Someone should investigate the five 3-dimensional platonic bodies with all corner points at distance 1 from the central point, the Origin, in 1ijk 4-dimensional space. Look if there is something special about the quaternion numbers that rotate those corner points onto each other. 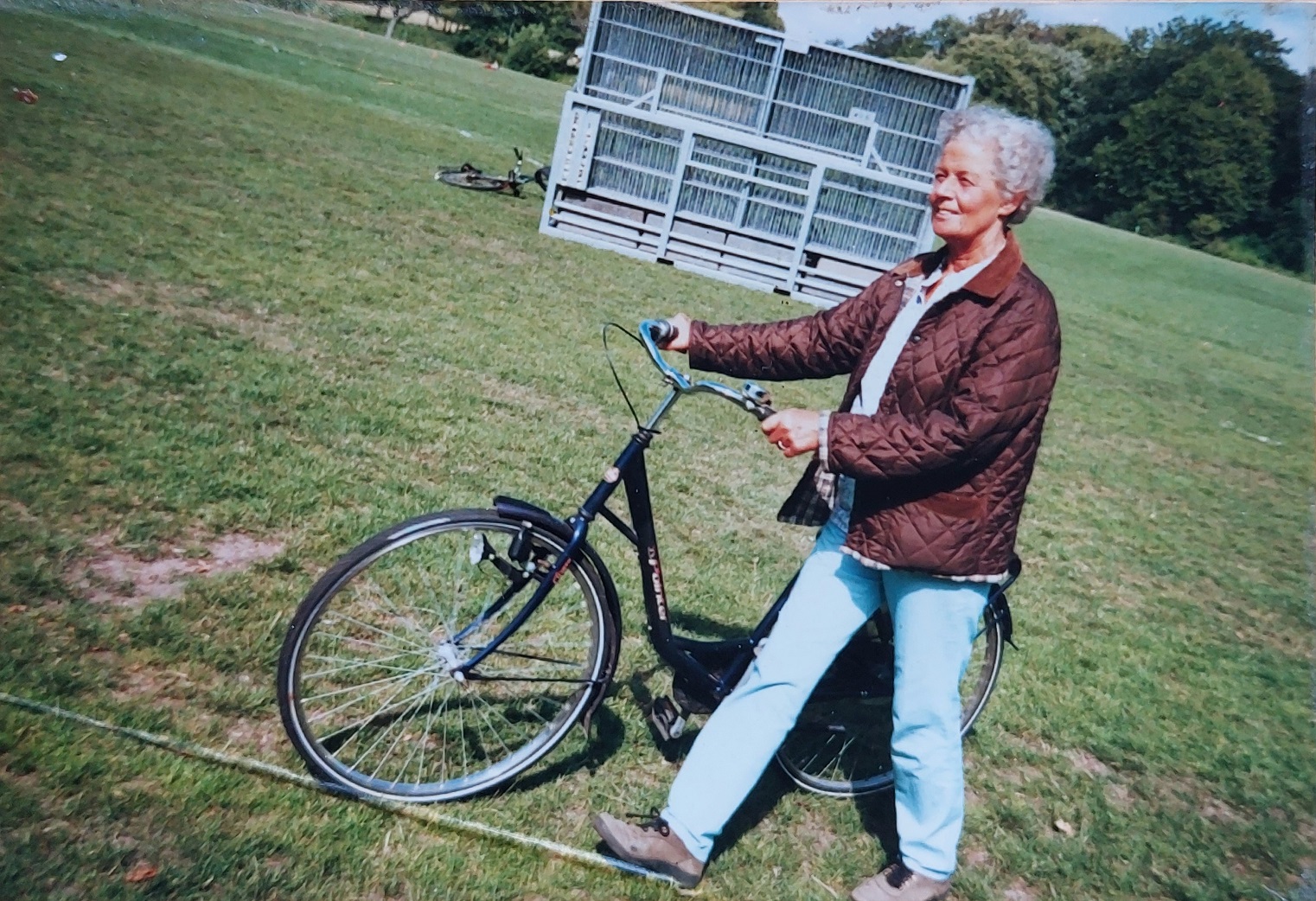 The Pier of Scheveningen