In QCD color is a real property. In QCD, despite all attempts so far have failed, it is not forbidden to observe color. In this storyline we replace colors by the imaginary units of quaternions. Maybe a better name then would be QQD, Quantum Quaternion Dynamics, instead of QCD. The units are imaginary and cannot be observed directly as for example the electric charge can.

Quaternions are governed by

Mark (1.1) also could have been defined as

With 6 colors one can construct the color circle. White, a kind of seventh color, is in the center.

It still can happen we talk about colors and depict them as a color, pretending this world isn't colorless. But we know now it are no colors no more, it are quaternion units.

Instead of the colorcircle we now use the axes system of the imaginary quaternion units.

In this picture the angle of projection of the chosen 3-dimensional axes system of imaginary quaternion units is such that the projection resembles the color circle a lot.


Gluons when colors are replaced by quaternions

In QQD Feynman diagrams can and will be used as is usual in QCD, for example:

The equation of this diagram is:

B) and g, are used as a factor. With color we do the same and use color as a factor in the equation.

Regard the picture of equation (2.1). We follow arguments analogous to this paragraph in page 2 of QCD. (I mean the paragraph It is as if the gluon takes away... until ...As if the anticolor goes backwards in time.)

At point B the magenta quark emits a gluon. The gluon takes away the magenta from the quark and carries it off in its upper color. Taking away normally is a kind of subtraction, but in equation (2.1) you can see that applying an action is multiply in the equation. So here taking away is dividing by magenta

Then a cyan-anticyan correlated-pair-of-colors appears, a cyan-red pair that is, see the colorcircle. The cyan is given to the quark to replace the taken-away magenta. Giving is a kind of adding, which is a multiplication in the equation.

The gluon then is

=     * -j / -i comes closest to depicting gluons as upper and lower color in time-symmetric representation (which we normally prefer),

. Magenta in the upper color, cyan as lower color and the border between them as the breakline.

which can be checked out in the gluon table.

(In this we recognize the statement/conjecture So we can forget about the colors of the gluon and use its color-shift only in page 3 of the storyline QCD, just above the paragraph Identifying gluons of the same color-shift. But mind, colorshift is abandoned. It's quaternions only now.)

Suppose we would state

, which is the opposite from *

In both cases the red quark and the green quark swap color, the difference is only in the time order of gluon emission and gluon absorption. Which suggests reversing multiplication order is reversing time order - well, at least in this case.

A gluon color pair can be converted to a single color, see the quaternion gluon table.         (1.9)
(The expression vacuum particle in the table refers to a conclusion from the theory of gravitation, see page 2 of QUATERNION GRAVITATION.)

Only quarks have single color. Quarks have spin 1/2, mass maybe about 20 MeV and charge is e.g. +2/3 for the u-quark, or -1/3 for the d-quark. Gluons have spin 1, no mass and no charge. So the transition from a single-color quark into a double-color gluon is not possible until the differences are settled somehow. But no one has ever observed a color, in doing so determining it. Colors remain virtual. So in the superpositions gluons might be considered as single colors, and so we do.

We treat color reactions as if there is a conservation law of color. In fact there is the urge for white end state which says the color sum is a constant and the constant = 0.         (1.10)

In QCD gluons have an upper and a lower color, determining a shift in color. Colorshift is a previous attempt, introduced in the storyline QCD, but abandoned again in quaternions. 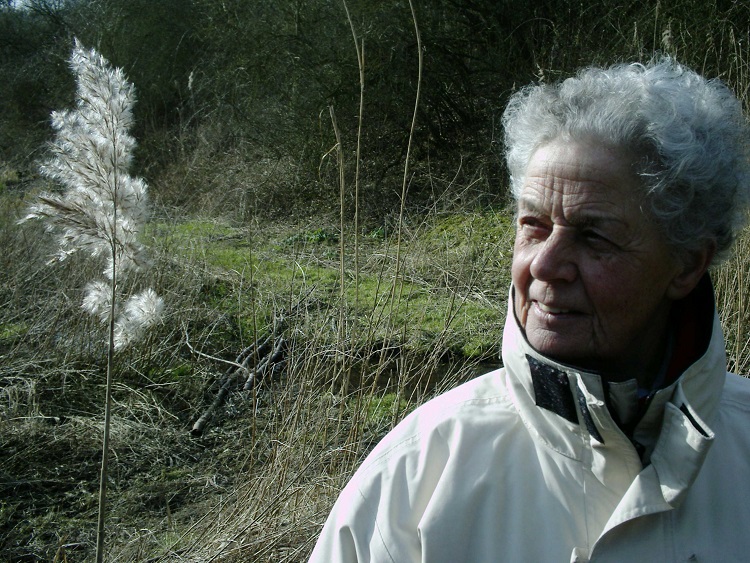