This storyline is about QCD, Quantum Chromo Dynamics or, if you like, Quantum Color Dynamics.

As colorcharges we choose red

(the dark blue). As anticolors we take yellow

The three primary colors add up to colorless white.

The three colors and the group of the three anticolors are equivalent. They are both equally fundamental. In fact each color is equivalent to any of the five others. Each color is as fundamental as each of the others.

which are the anticolors expressed in terms of colors only.

The three secondary colors, the anticolors, add up to white too.

which are the colors expressed in terms of anticolors only.

So every color equals the sum of its two direct neighbours in the colorcircle.

A proton consists of three quarks with the colors red

Quarks have color and antiquarks have anticolor. There seem to be no other way.

At this moment the observed particles are:

3) The mesons. They consist of one quark and one antiquark, having a color and its anticolor (

). The baryons + the mesons are called the hadrons.

4) All the other particles are colorless:

The W+, W-, Z-null and H-null particles of the weak nuclear force,

All these particles are white. So the always-present everything-overwhelming urge for color-neutrality - white - is accepted as a law of nature. If a reaction violates this rule this means the reaction will not take place. Or will be followed immediately by another reaction that restores a white color-state before observation can take place. 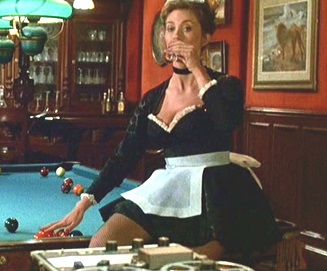