The content of most of this page is also in TONE, paragraph 1.2 and 1.3. Especially 1.3 about GR (General Relativity) is kept up to date a lot better than this page.

I first thought my theory is the successor of Einstein's, that was the successor of Newton's. Hence the name of the storyline originally was NEKG, Newton Einstein Kiekens Gravitation. I thought it essentially differs from Einstein’s. But it does’t, not really. So the name of the storyline is NEG now, Newton Einstein Gravitation.

Let’s start over again and have a better look. One vacuum marble in the Earth disappears. The hole leaved behind is filled in by outside vacuum marbles, which leave behind still more still smaller holes. The volume of the hole displaces spherically to the outside and finally reaches a mass m1 standing still 100 meters above the Earth surface. Mass m1 is dragged by the falling-into-the-hole vacuum and undergoes a tiny displacement ds1 towards the Earth. That is, mass m1 stands still with respect to the falling-into-the-hole vacuum marble sea and keeps standing still. The displacement of the vacuum equals the displacement of the masses floating in it. Take Earth acceleration at 10 m/s

over these 100 meters and take rotational effects (centrifugal force due to Earth rotation) to be negligible. Constant disappearance of space marbles in matter causes ongoing displacement of vacuum and everything in it at a constant pace, embodying a constant velocity dv1. When the source of gravitation suddenly would disappear, acquired displacement would remain but further displacement would stop; there would be no remaining velocity. Acceleration then appears only when approaching (or receding from) the gravitational source makes you to enter regions of larger (smaller) displacements.

The presented view still does account for the four effects mentioned, but it would do so only for the first moment of gravitational action. As used in the radius of the Higgs boson, at the Earth surface in the first second 5 meter of vacuum sinks through the surface into the Earth, dragging along with it all matter in it. In the 2nd second another 5 meter passes the Earth surface, displacing all matter another 5 meter. A 3rd second gives a 3rd displacement of 5 meter. Total displacement 15 meters in 3 seconds. And so on.

If this was all, observed facts would not be met. Observed is, when initial at rest at 100 m above the Earth surface, the gravitational field causes a displacement of 5 meter in the first second, 15 meters in the 2nd second and 25 meters in the 3rd second, total displacement 45 m in 3 sec (rounding a = 9.81 m/s

Newton’s law of gravitation is the simplest solution for a 2-mass system. The Newtonian gravitational law presented so far resembles a conveyor belt, displacing only at constant pace. It is no force. We are now going to install F = ma, the second law of Newton.

One vacuum marble in the Earth had disappeared - a state transition from all possible Higgs fields, all neatly filled, to one specific Higgs field with a hole in it. We marked that ongoing displacement of vacuum and everything in it embodies a constant velocity, as far as observations at dragged-by objects are concerned. At that moment the wavefunction of mass m1 standing still with respect to the dragging-by and falling-into-the-Earth vacuum, is indistinguishable from the wavefunction of mass m1 standing still to a vacuum moving with a constant downward velocity of the displacement divided by the time dt1 this had taken, dv1 = ds1/dt1 with respect to the Earth, without taking into account vacuum marble displacements. So these two wavefunctions superpose. This superposition has to be taken at every point in spacetime where marble displacement takes place.

When it comes to observation - the first characteristics of m1’s motion becoming apparent - in half of the cases it will turn out to be a displacement only, leaving behind no remnant velocity, and in the other half a velocity increment remains. When gravitation suddenly would disappear, half of the tiny velocities ds1/dt1 would remain.

When the hole-wave has passed by the environment of m1 and rearrangement of vacuum marbles in the masses and subsequently in the vacuum around them, has been completed, the superposition of all possible Higgs fields is restored again, all its fields neatly filled.

Look what happens when a second vacuum marble disappears in the Earth. Imagine a second mass m2 just next to m1 at the beginning of the second time interval dt2. Mass m2 is standing still with respect to the Earth, while m1 has velocity dv1. The time intervals are all equal. Then the second marble disappears. Suppose its hole reaches mass m2 precisely at the beginning of dt2. Mass m2 displaces over ds2 (which equals ds1 here), along with its environmental vacuum and all that is in it, including m1 with its velocity dv1. Ongoing displacement of vacuum embodies a constant velocity of m2. The wavefunction of “mass m2 dragged by the displacing vacuum” equals the wavefunction of m2 standing still with respect to the vacuum that moves with the corresponding velocity dv2 (which equals dv1 in this case), without invoking any marble displacement. When it comes to observation in half the cases it will turn out to be a velocity ds2/dt2 remaining, in the other half no velocity remains. At the end of dt2 mass m1 has velocity dv1 + dv2 (= 2 dv1) and mass m2 has velocity dv2.

In this way velocity builds up as observed and in case the source of gravity would cease, the acquired velocities will remain.

A recommended treatment of GR is in TONE paragraph 1.3.

Observations indicate that the overall curvature of the universe is zero, depicted in

= 1.
A proposition that the expansion of the universe works the same as proposed for gravity in this storyline and doesn't contribute to curvature either, is at the end of paragraph The gravitational field and the expansional field of page 2 of THE EXPANSION OF THE UNIVERSE. That paragraph starts with a kind of video of the mechanism described in this paragraph.

White hole in a sink drain arxiv.org/abs/1010.1701 Does this describe something like that? 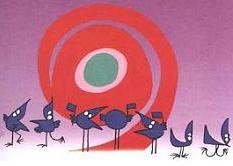