About friends I had in physics

My first encounter with science was a book called THE GIANT GOLDEN BOOK OF SCIENCE by Berta Morris Parker. I was 8 years old and in hospital for several month. It had one or two pages per science: measure of time and size, velocity, distance and temperature. Birds, furry animals, fish, vertebrates, shells, the deep sea, insects, plants, trees, mushrooms, flowers, fruits, vegetables, seeds, our body, the air, water, food, health, rocks, stones, fossils, dinosaurs, vulcanos, glaciers, ice age, caves, valleys, waterfalls, the atmosphere, the sun, the planets, the moon and the stars, weather, clouds, storms, work, machines, magnets, electricity, floating, flying, the future, light, sound, the elements, fire and discoveries. The whole world. I remember keeping the book with me like a bible.

When I was 12 years old I red the book ENERGY by Mitchell Wilson from the Parool/Life series. It encompasses all of physics in a story following energy subsequently transforming in all its different shapes. It was one of the first of a long row of adult popular books I red about physics.

I was 13, in my small room I was playing with 4 small flat round magnets on the table in front of the window. I put them together, trying to construct something coherent. I knew south poles repel each other and so do north poles; north and south attract each other. The actual interaction of the magnets surprised me, it didn't work like I expected. I started thinking about it. I did begin with a square of charges and soon found the argument of the first paragraph of the first page of storyline ELECTRIC NETFORCE IN REAL MATTER. In the decade thereafter I piece by piece found all the things of page 1 and 2 of that storyline. The argument for the four magnets has never been continued.

At second year of secondary school I had my first lessons in physics. The teacher was mr. Bijleveld. He had worked at a nuclear power plant in the north of the country. He gave me the book BIOGRAFIE DER FYSICA, Biography of Physics, written by George Gamov. The book had warmth, like had MR TOMPKINS IN WONDERLAND. You are going to love physics.

I was 15 years, I remember standing in a train, it was crowded. There it struck me the netforce could be gravity. All matter consists of charges, their remnant force is a lot weaker like gravity is, and both forces were always attractive. I thought I found it.

All my ideas I discussed with Rudolf van Battum, leader of the NVWS Astronomy Work Group at its youth section meetings that I attended from when I was 13 years old. I lived in The Hague then. NVWS stands for Nederlandse Vereniging voor Weer- en Sterrenkunde - Dutch Society for Weather and Astronomy. He was 10 years older than me, a full adult, and knew everything there was to know about gravity and quantum mechanics and everything. I admired him more than I did anyone before or thereafter.

When I found out the short-range electric netforce in neutral charge distributions falls with a high power of the distance - 6 or 7 - while gravity only does with 2th, I shifted from real matter to the virtual particles of the vacuum to find a netforce revealing gravity. In my one-and-a-half year university in 1985-1987, Leiden, Netherlands, I was still searching for it. Two fellow students helped me in a way only friends would do. Klaas van Aarssen wrote the core of a simulation program for particles in PASCAL, the only language I knew. Chris Sijtsma accompanied me to graduate students that might know more about the subject, but in vain: nobody knew. It was Chris who told me about Feynman's book QED - the strange theory about light and matter.

In 1995 I finished a handwritten summary of all my ideas and all I knew about physics. There exist 9 copies of them, 500 pages in double-sided 71% reduced print in 22 A5-booklets each, all in Dutch.

Ten years later. On Sunday 13th of november 2005 I wrote my first attempt to answer the call of Janet Ossebaard about the gap between the quantum mechanical microcosmos and our daily live, see page 1 of the storyline THE COLLAPSE OF THE WAVEFUNCTION. It was about spin and while writing came up all things I knew about the subject, and I ran aground, totally mazed-up, and went to bed.

The next day I wrote THE STORY and three days later THE STORY - PART TWO ( page 2 of THE COLLAPSE OF THE WAVEFUNCTION). A new interpretation of quantum mechanics did set off. The Sea of Possibilities. Without Janet this whole site would not have come to existence. It would have been limited to what I wrote in my 500-pages A5-booklets. Plus 3 booklets more, 1 dated March 1999, the 2 others September 2002.

There is not that much difference with usual quantum mechanics, but there is a difference. It was clearer, had a better overview, a lot better than the old way. I began to understand things.

In the first years I didn't realize what I had in hands. At the end of february 2006 I wrote the first version of THE EXPERIMENT (page 4 of EXPERIMENTS ON THE COLLAPSE OF THE WAVEFUNCTION). When I started to learn html, in a course headed by Habib Rejaibi in April and May 2006, I put this in first. Not because it was by any means important but because I had no other thing to bring in available on disk.

It must have been somewhere in 2008 that I worked out EXPERIMENT 2. Experiment 4 was there first, then 1 and 3, and at last 2. I remember working on it for 3 days; I think not all in a row. One of those days I really had an off day, slept bad, felt bad, the work progressed very slowly. But it went on pretty well and there I found it, the propagation of the virtual photon when it meets a charge. When a virtual photon hits a virtual charge, the world splits in 4, from which 2 of them merge again, yielding precisely the photon you started with (paragraph There is one more peculiarity to view at page 2 of EXPERIMENTS ON THE COLLAPSE OF THE WAVEFUNCTION). The other 2 remained there, in a superposition of a double impact, one in spin up direction and the other spin down. That part is the electric force, the attraction as well as the repulsion between electric charges. I still don't know whether this view is right, or new.

It might have been a year later that I set off to investigate color charges with the main goal to see if there is a netforce appearing. Later joined the goal to look for the color version of the propagation of the virtual photon, a virtual gluon meeting a virtual color charge. But things grew so complex! It looked so easy, 3 colors and 3 anti's, how difficult can that be? But it turned out to be a Tower of Hanoi.

I worked on it a full year, maybe two, before I concluded the storyline. I was exhausted. And I had done only the 3 anti-colors of the antibaryon! Everybody does the colors, so I decided to do the anticolors, nicer colors too. Somewhere I kept the note mesons, still to be done but it didn't came true.

At the start of september 2010 my plane flew to Brazil, Natal, Rio Grande do Norte, where I stayed for 4 and a half month, trying to make a life and a living, but both in vain. In early 2011 I was in a cheap hotel in Bolivia, Santa Cruz. I lived for another 2 and a half month there. All hotels are cheap there but some of them are still cheaper. It must have been March, I was desillusioned, my presence there felt hogwash. There was little to do and I went to bed early. I lay there for hours in the dark, my thoughts meandering nowhere especially. Initiated by articles I found on the internet - in the city block next to mine were 5 internet houses, in my block only 3 - I started to think about physics. The concept of the elements of the wavefunction with its missing elements (considered a previous attempt now) fell in, just like that. The derivation of the Newton gravitation law came in, I saw how an inverse square distance dependence emerged from disappearing space in the center. I realized colorshifts +1/6, -1/6 and +3/6 were missing in the description so far; 8 gluons not reduced to three fields, but six fields instead. As a lightning it struck me that all my ideas about streaming, shrinking space, written down in the 1995 A5-booklets, are not part of Einstein's. They were new. I think this state lasted for 4 or 5 days until I was tired and stopped. I had severe diarrhea those days, I was tired quickly.

When my flight took me home, early april 2011, my house was occupied for the next 5 months and I could rent a cottage in Almere, designed and build by the father of one of the families I had been babysitter in the years before. He is an architect and had won a prize with it. I daily went to the library, where there was free internet. There I wrote the best part of the pages 1, 3 and 6 of what in this website is called NEG, Newton Einstein Gravitation. I added the colorshift 1/6 gluons and the mesons at what is now called page 3 of the storyline QCD. However, the colorshift concept is abandoned now.

One year later, in 2012, I stumbled upon the article of Vincent van Noort about quaternions, never heard of before, I thought at that moment. Later, in the book Wiskunde (Mathematics) by David Bergamini from the Parool-Life series, I found at page 153 a description of hypercomplex numbers of Gauss, that I recognized as quaternions. I red that book in the same time as the book ENERGY from the same book series, about 1970 that must have been, and I remembered my feelings when I red that part when I was young. It felt as the uttermost highest parts of mathematics from which I never could hope to ever reach that far.

I found a number of people that I hope I can call my friends: prof. Piet Mulders from the VU university for his willingness to read my concept article (no, never published anywhere except from this website) and Gerald Tros for his many remarks and his excel sheet about quaternions.

Since then the theory has grown out to a TOE, a Theory Of Everything. Although I named my version a TONE, a Theory Of Nearly Everything. Everything is made of quarks, the only existing particle, and that includes spacetime itself. Einstein's GR has been reduced to a theory that is true but nevertheless is not essential. Space is not curved, it only looks like that. All possible places in the theory that identifies colors with quaternions are neatly filled with all known particles. The gluon, the photon, the electron-like particles, W+ and W-, and the neutrinos all neatly got their places in TONE, although not calculated yet. Only Z0 had escaped so far. The few numbers I found are edgy but still within acceptable range. There is also little view on the chiralty of the weak nuclear force and the three generations of particles.

All in all, things are going quite well now, or at least not too bad. 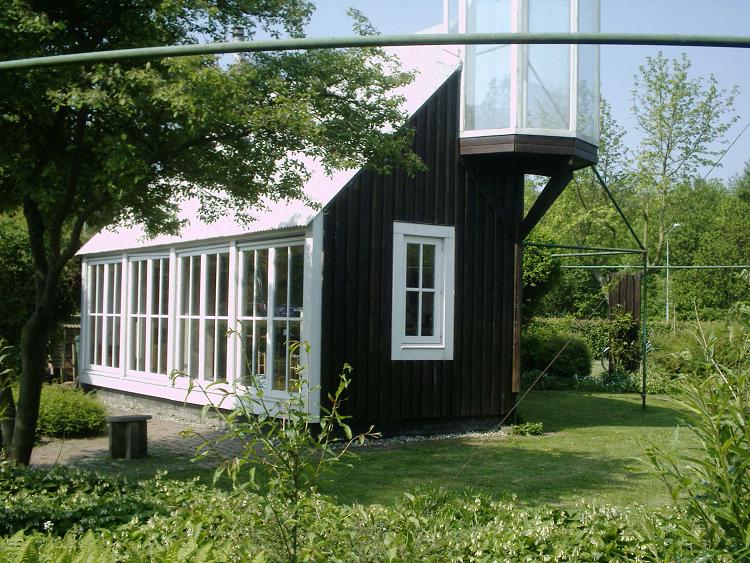 Realiteit 27
It's cosy there 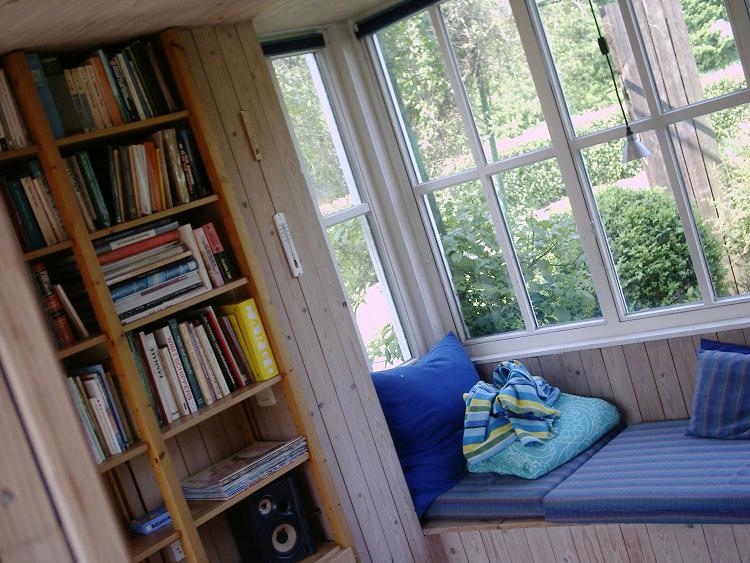 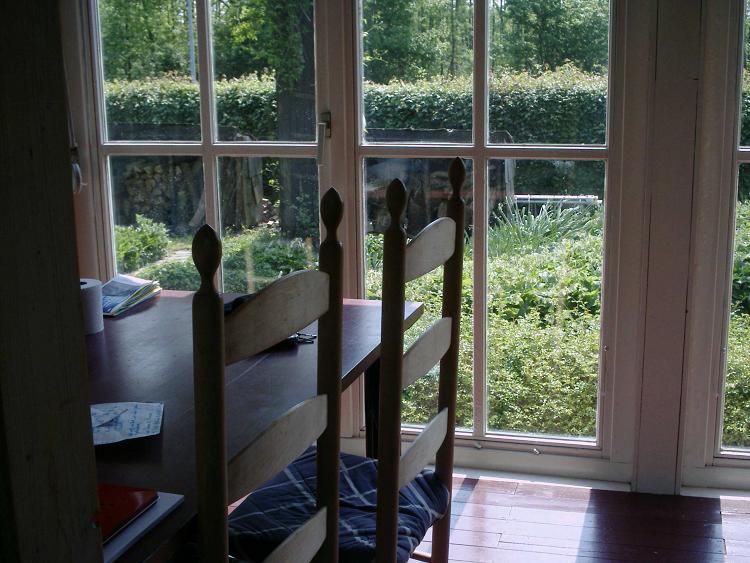 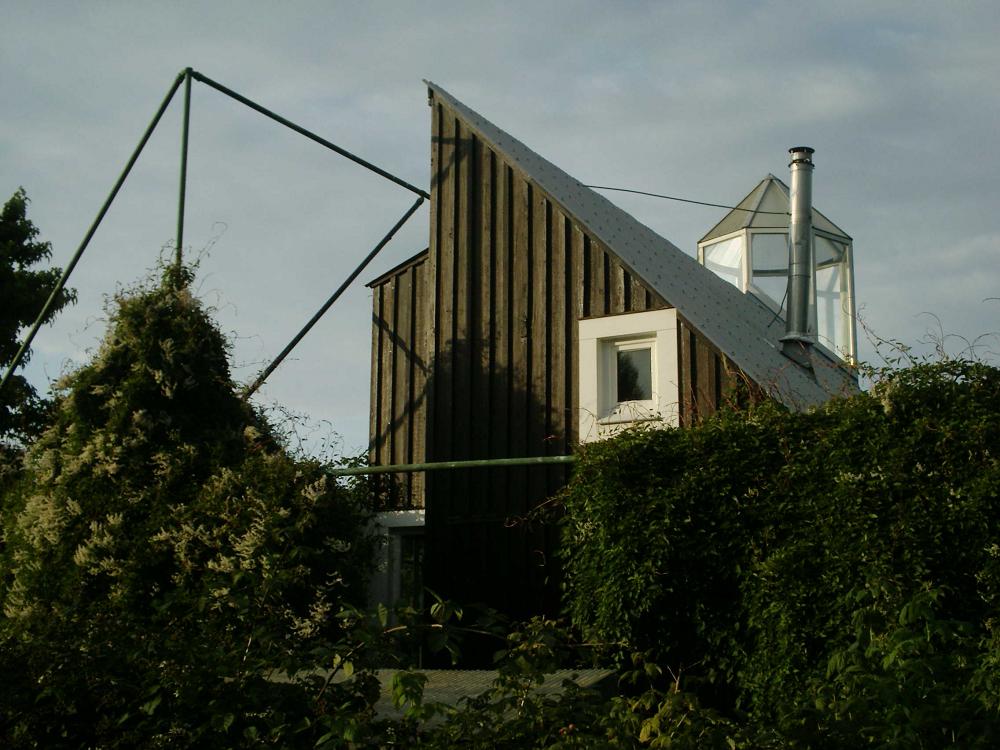 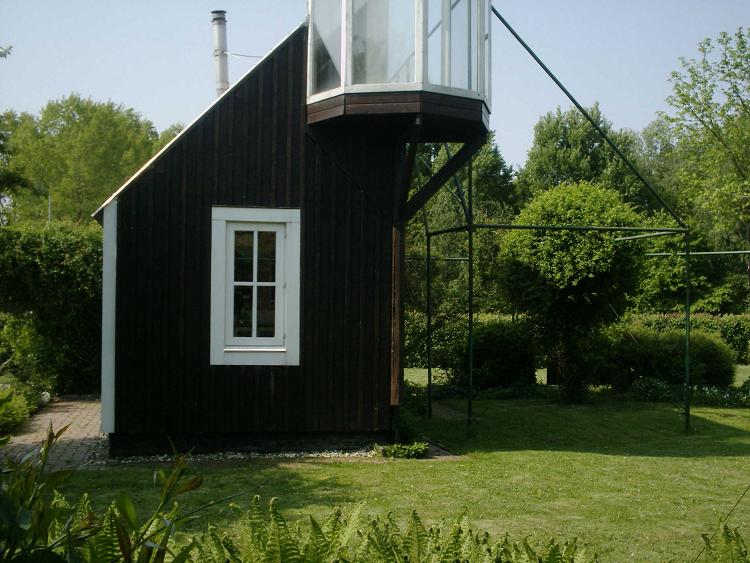 Rods span the missing side of the house