The space that Olbers started with was infinitely large. The average number of stars per cubic lightyear (N) was finite and constant all over space, a uniform distribution of stars all over space. The Sun was one of those stars.

. If radius R is twice as large, then the number of stars in the shell is four times as large. (This is not true for small R, but when R is large compared to 1 ly it approaches to a change with R

The brightness of a star is reciprocal to R

Empty space can be made up of infinitely many contiguous shells of equal thickness around e.g. the Sun. Each spherical shell of 1 lightyear thickness makes fall the same amount of starlight on the surface of the sun, no matter how far away that shell is. All shells together, that is the whole infinity of space, let fall an infinite amount of light on the surface of the Sun.

This reasoning may simultaneously apply to any other place in the universe including that of the Earth. On Earth, the sky at night (and the day sky too) should be infinite bright.

We start from a number of assumptions. Assumption (1) is the Cosmological Principle, which says that, if you consider it at sufficiently large scale, the spatial distribution of material in the universe at one specific moment is homogeneous (average matter/energy density is the same finite value everywhere). The described space of Olbers certainly meets this criterion.

, which then escape from the star and go into empty space. We now perform a thought experiment. Suppose we convert, according to E = mc

, all matter in the universe into visible light, all star matter, all planets and all gas and dust, everything that has energy and is not yet visible light. Now we have the maximum visible light density you can achieve with 10^26 kg/m^3 (the average mass density of our universe).  What remains then is a radiation bath or photon gas that is uniformly distributed all over of space,  if you look on a sufficiently large scale. Compare this photon gas to the air in a large enclosed hangar somewhere on Earth. The molecules of the still air are not stationary at all but moving criss-cross through the hangar. Theoretically it could be that at a certain moment the movement of all air molecules in the hangar is such that they happen to gather all in one half of the hangar, the other half leaving vacuum, but statistics show that the chance for this is too low to take into account. So is the photon gas. Every sufficiently large piece of space contains the same amount of radiation and a certain area can only contain more radiation at the expense of neighboring areas which will then contain less radiation. On a sufficiently large scale, the probability of this is too small to occur. Remember that the radiation IS the starlight. If you were standing in the radiation bath, being the last remaining piece of material in the entire universe, and you opened your eyes you would always and everywhere see the same light intensity in all directions, no matter how much time would pass. The night sky in this thought experiment (it is always night then, you could say) then has a constant brightness and is therefore not infinitely bright at all. Due to several causes (not all dust and gas ever contract to stars, stars cannot burn up completely, the universe is expanding) the night sky that we observe on Earth is still less bright than that from our thought experiment. Olbers' paradox has thus been resolved in fact.

Where is the error?

But where is the error in the reasoning as formulated by Olbers? Let's try to imagine how Olbers saw the universe. All the stars were like the Sun, bright stars were closer suns and fainter stars were suns further away. All the suns were created and ignited simultaneously at the "Moment of Creation", a moment that we will call T = 0. The stars were evenly distributed over space and in that space they all stood still with respect to each other and with respect to our Sun, they would never leave the place of their origin. The space was infinitely large with an infinite number of stars in it. Olbers may have thought that the stars would shine forever, at least until the "End of Time". Olbers may have thought that starlight did not need time to go from a star to us.

We add to this picture two pieces of modern knowledge: the Sun (and therefore all other stars in Olbers' universe) have an estimated lifespan of 10 billion years and the speed of light is 3 x 10^8 m/s. We conclude that in the universe of Olbers all stars will die out simultaneously 10 billion years after T=0.

Realize that at moment T = 0 (actually 8 minutes after T = 0) on Earth only our Sun is visible. The other stars are already there, but their light has not yet reached us. In the course of the first 10 billion years, star after star becomes visible, the nearest stars first, then the nearest stars just behind them, and finally a sphere with a radius of 10 billion light-years is visible around the Earth full of stars.

Then, it's 10 billion years after T = 0, all the stars are put out at once. We don't see this. The only thing WE see at that moment (8 minutes after that moment) is that the Sun goes out. It is night from now on. But from that moment we also see stars disappearing over the years, the nearest stars first, then the nearest stars just behind them, etc.

And that result agrees neatly with the result from the previous paragraph. However, the starlight that falls on Earth will in the course of time be supplied by more and more stars at larger and larger distances. Even though the stars themselves are no longer there, their light still haunts until the end of time.

Also in the universe as we know it now, there will come a day when all the gas and all the dust that can contract into stars, indeed has done so and all the stars that have been formed finally have burned up. Let's for convenience set this at 10^12 years after T = 0 (just a number, no try to be accurate!) Then one can transform Olbers' universe into a more realistic one by setting N to the average number of all stars that eventually had come to shine in a certain cubic lightyear. Subsequently one translates the entire lifetime of each star along the time axis to its proper place in time. Finallly one considers the first 10^12 years instead of the mentioned 10 billion years after T = 0. The reasoning further is analogous. 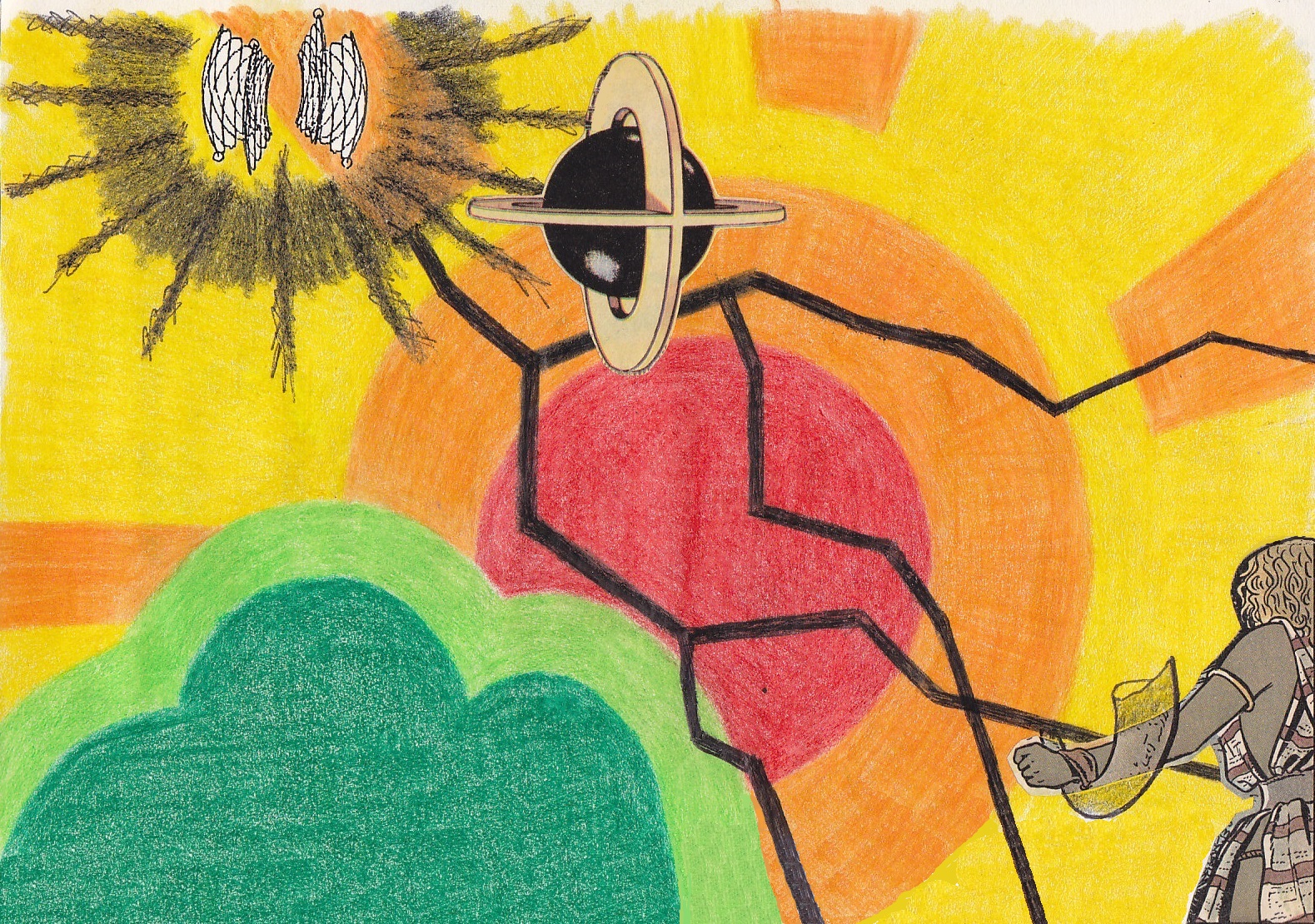 As happens more often, when one has become used to a riddle, one feels some grief in being obliged to take leave. After a few hundred years the paradox of Olbers is no more. However, for those people I have news: we can revive the paradox! Just set the speed of light at infinite and then at T = 0, the moment where in Olbers' universe all stars start to shine, at each point of the universe will immediately arrive the first photon from each star. And since there are infinite stars in Olbers' universe, there will be, from the Moment of Creation, an infinite number of photons at each possible place. The sky at night will be infinite bright. Again.

When c is infinite, the magnetic field disappears, and so will all special relativistic effects like time dilation and length contraction. The Sommerfield fine structure constant is set to zero. That universe bears little resemblance to ours. But in principle there seem to be no compelling arguments against it, physically it seems to be a possible world. 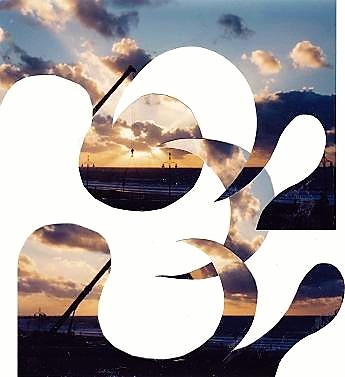 It's not dark! It's obvious!