Let's phylosophize a little about worlds in superposition seeing each other

In the box are:

Can there be in the box too:

When we say that you with a living cat are in the box we mean that this world is inaccessible for observation by outside observers. But that is the property of a virtual particle! (or group of virtual particles)

We indeed may consider worlds in superposition as being virtual, for the time they are in the box. As well as we may consider virtual particles being real in their own world. The outside observer experiences the consequences of the interference pattern of the superposition.

At the moment two worlds are put in a box, are in superposition and no longer available for observation, then QED as well as QCD say that in the box all possible worlds are joining the superposition that also would yield the observables of the box: its weight, impulse momentum, torque, net electric charge, temperature, total energy, and so on. Amongs them are the two worlds that originally were put in the box.

Such a measurement of the box certainly spoils to a centain amount the superposition that is in it. One then shall always try to reduce such box observations to a minimum. As low as outside temperature as possible to avoid betraying thermal radiation, performing the experiment in free fall and so avoiding betraying weight displacements, and so on. The better this is done, the more possible worlds will join the superposition in the box.

Let's call particle creation to the resque. The photon not only calls the ground state hydrogen atom into existence but also its antiparticle in the mirrored version (to maintain agreement with the weak nuclear force). Then you obey the conservation of baryon and lepton number and when necessary that of electric charge too. But NOT that of energy. That is violated now twice as much as before.

In the outside world - the world of the outside observer - this possibility number 3, if happen to be observed, would violate the conservation of energy at the amount of the 2 H-atom's energy-mass. This will not happen. World 3 will not come to existence.

And what about the other way around? Take world 1 to be a photon 1 with vertical polarization and in superposition with it world 2 consisting of a single photon 2 with horizontal polarization. Is it a possibility a world 3 comes to existence by photon 1 emitting an electron that is absorbed by photon 2?

A photon cannot emit an electron just like that. It is against the law on the conservation of energy, charge and lepton number. It can emit an electron-positron pair, but daily-use photons normally don't have sufficient energy to do this. But IF so, after absorption of the e+e- pair the united world 3 would have come to existence. In both world 1 and world 2 the law of energy conservation is violated. In the outside world the violation of energy conservation amounts one photon, 1 or 2. Not much, but enough.

No, world 3 again will not come to existence. If it would have, photon 2 coming to existence right through photon 1, that would have been no problem. Our daily-life photons can go through each other freely without reacting - but of course this is only because they cannot afford a mediating e+e- pair.

If the phase of the vertical and horizontal polarization would be shifted a little relative to each other, the superposition of the two photons would describe a photon of rotating polarization, isn't it? (This is an electromagnetic feature of Maxwell, but then extended to two photons.) But when measured only one of the superposed states would come to existence, the vertical polarized one OR the horizontal polarized one, not both. One cannot measure a photon rotating. Well, except for its spin of course.

But if - just IF that photon might have come to existence - does one run into real trouble, except from the violation of energy conservation? The merged worlds occupy the same part of space, at the same time and in the same orientation; at least in the interference pattern experienced in the outside observer's world. Maybe you and your living cat may have dwelled to the other side of the room, where the other you with the dead cat might have remained position. But a cup of coffee resting on a table surface will coincide with its other-world counter-partner, their atoms materialized right through each other.

In QED there is another effect. Every time you add a photon - electric charge coupling to a Feynman-diagram the amplitude of the wavefunction of that diagram diminishes by a factor of nearly 10, because the coupling constant for photons is about 0.1. So the contribution of that Feynman diagram diminishes by factor 10 for every extra coupling. The added number of photon-couplings with electric charges when invoking another world is innumerable. The wavefunction contribution of world 1 and world 2 will be nearly equal; but the contribution of their sum is very very very much lower than that of world 1 or world 2 alone.

But in QCD, governing the forces between the colors of the quarks, there is no such amplitude reduction, because the coupling constant of colors is about 1. All Feynman diagrams no matter how much color charges involved, count with same importance. The nuclei of the cups of coffee in superposition, and then suddenly seeing each other, will pervade each other. This can only lead to a violent explosion. How much nuclei from world 1 will appear near enough to a nucleus in world 2 to fuse? The strong nuclear force between two nucleons that are nearer to each other than 0.7 femtometer is taken to be repulsive, see paragraph The proton at page 4 of storyline QCD.

So yes, if that only photon comes to existence you will run into trouble. This all suits well since the worlds 1 and 2 are logically contradicting. They cannot really fit together in one world.

It remains intriguing that, if it wasn't for the conservation laws, logically contradicting possibilities would have contributed to the superposition, albeit in a very low amount. It intuitively enforces the idea that logic is not a basic feature of our universe, but maybe only is a consequence of the quantum mechanical rules as we know them, together with the conservation laws. 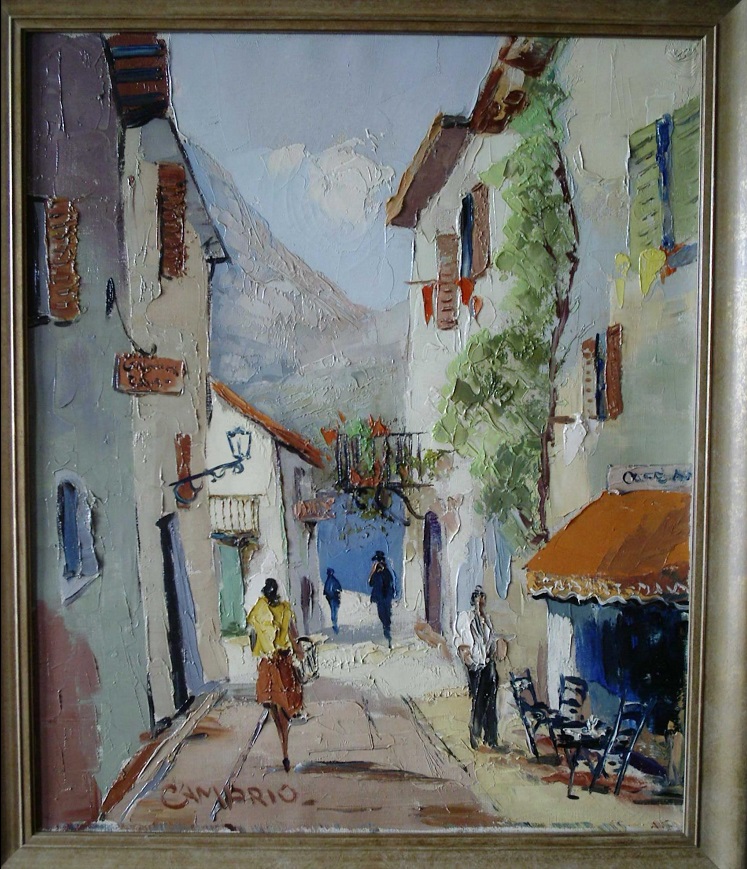