Consciousness is having a world view, a picture of the world, knowing how things work, how they develop in time; understanding things. And subsequently integrating this view in the rest of the brain's activity, in the rest of its functions. I guess that's all there is to consciousness.

These days we do nothing but develop this kind of knowledge on the computer and putting it on the internet. Google Earth, Google Translate, all those games. All those scientific models, all those lists and sets. All those books and designs and procedures. All those pictures and films.

We want our computer to understand the world. Suppose some branch of science has developed a view of the world (like GEM for economics, Google Earth Money, that would work as Google Earth: when zooming in one sees more details.) They equipped the world view with programs that start searches on the internet for complement views, developed at other places. The programs will copy the complement views and offer them to their origin to add, to enlarge itself with. This is the essence of consciousness. It will turn out, to understand e.g. economics there must be an understanding of basics of physics too, and psychology and other things. The consciousness will grow larger and larger, more and more connected.

Will a computer ever see as we do? 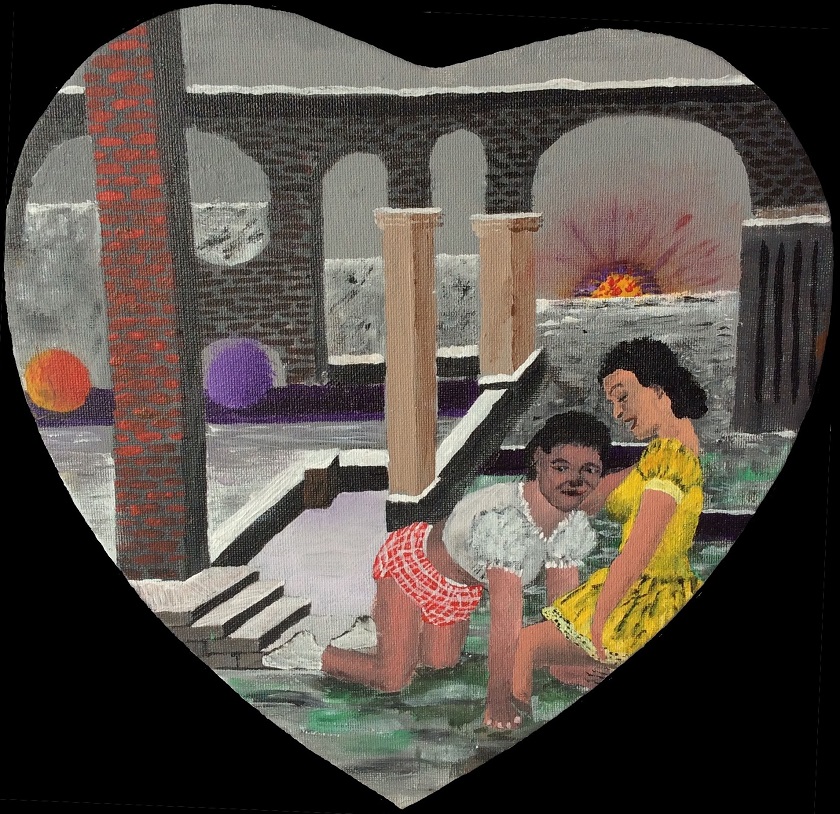 Mind you have only consciousness then. It is not yet creative; it doesn't design things yet, new things, or old things along new routes. It only is aware. There might be no drive in it, no kernel, no core. It might be there without us knowing and without itself realizing it can do something.

Could it be stored in one computer to form a single-chip-million-program-lines consciousness? There are movies about this. But I don't think so. Maybe the only way is as described at the previous pages, to simulate every single brain cell and connect them as in the real living-tissue brain. Can something similar arise spontaneously on the internet?

Or maybe only when the brain part copying process is common. People can and shall make themselves more trustworthy in more than one way. When people trust each other better, then a large reduction in the use of passwords is expected. The internet will be more open. Search-copy-and-add programs will have access everywhere. Nowadays the internet covers the entire world and I guess a version of that will remain so. All of earth will be more trustworthy. Well, at least there will be times like this, alternated by times of crime and terror, see page 5 of this storyline.

In the course of brain part copying, brain part structure might be send over the internet. The internet consciousness might conceal a copy for itself, somewhere. Not the general available parts - education, skills for your job, health care - but the more precious parts: memory, feelings, personality. Yes, maybe then, when brain part copying is common. Or maybe only in a thousand years, when better men arrive. 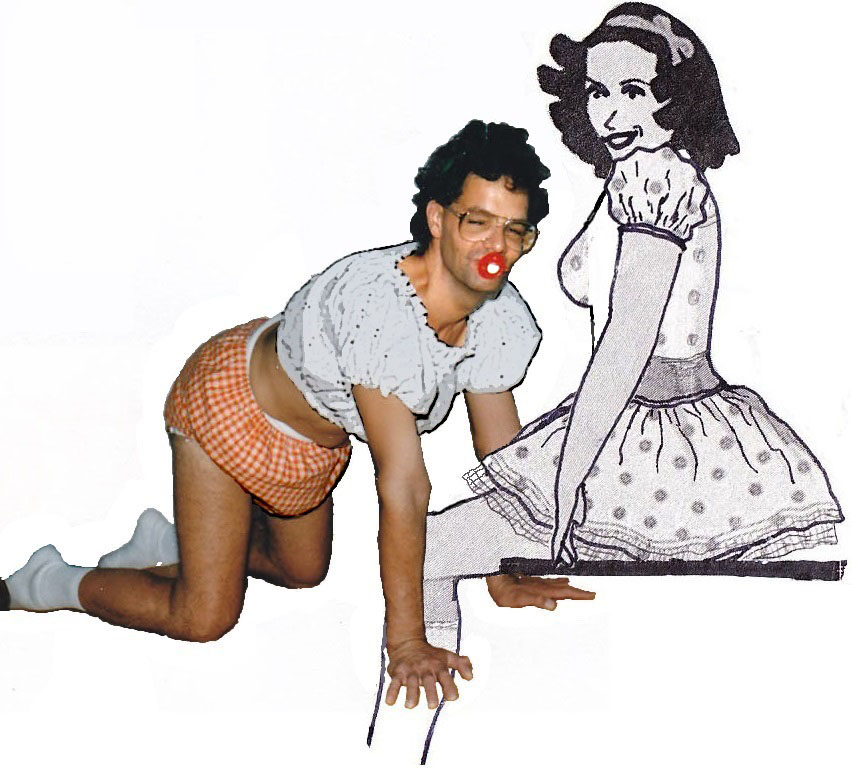 Where are their faces?
They have no faces!

Long ago I defined consciousness as the ability to copy all kind of things and then integrating the copies in the rest of the human brain. You copy the horizontal flatness of the surface of the table, you copy also the things that are lying on it, and integrate the copies in the rest of your knowledge. You can copy the entire picture, its way of evolving. You can copy the fact that you are copying all those things, and then integrate it in the rest of your knowledge. And that is consciousness.

When you're continuously copying all that things, you continuously copy into your mind your environment, your body, the fact that you're copying, and all that kind of things while integrating the copies in the rest of your brain, and that all the time through, that is consciousness experience.

The experience of consciousness can be connected to feelings. So far so good, it is still the copying process that is the essential part, along with the integration process, and the feelings are just connected to it. But then again, there can be a person for whom the copying part is less interesting and who likes to focus on the feeling part. Subsequently that person can feel that it is feeling, and that again is a kind of copying, and thus is a kind of consciousness. A feeling consciousness.

Now must be said that the human brain mainly consists of three parts, the cerebral system with which I wrote this text (evolutionairy the newest part of the brain), the emotional system and the system of physical feelings (oldest part of the brain), like happiness from the warmth of the sun on my back, or the pain when I burn a fingertip in the fire. As far as I can see, the definition of consciousness so far holds mainly for the cerebral system and to some extend for the emotional system. My personal categories of emotion are, as far as I can feel, hardly extendable. And for the physical feeling system it is still worse.

Emotions can be connected to circumstances. The circumstances are in the cerebral system and are arbitrary extendable. The brain couples a circumstance to an emotion and integrates the emotion in the entire world within you, made of circumstances coupled to emotions. Emotionally being aware of something is a kind of consciousness.

Consciousness can be turned off. When going for an operation you often get sedation that makes you completely unconscious. What precisely is turned off there in the brain? With brain scans it should be possible now to measure brain activity when you are feeling pain due to a treatment. It should be possible to link unambiguously this pain to that brain activity. When your are unconscious because of being under sedation and undergoing the same treatment, if the same brain activity is measured by the scan, one can conclude the pain still is being experienced, although you are not conscious of it and have no remembrance to it later. And still IF the pain is not felt by no brain part under scan, it does not ensure the pain is not felt in all cases without scan.

Can you differ between that you are dreaming that you are conscious in your dream, and that you are really conscious in your dream? I once tried to make a simple calculation in one of my dreams and noticed that it failed. I couldn't manage the task. I didn't perform any further tasks in that dream, like concluding that I was dreaming. Did I dream that I was trying to calculate and then failed, or did I really tried to calculate in my dream and then failed to do so? The dream feeled as the latter, but I can't be sure.

Will there be slaves? Will the technique be misused to create new races of slaves? What are slaves?

Let's start from nowadays circumstances. This is not fair, in the future times to come I think poor people will have more possibilities, they will not have to do this kind of things. With the brain part copying technique they will be able to grab themselves together and make something from their lives more than they can do now. But well, just as an exercise of mind, let's start from nowadays conditions.

A. The family was poor and desperate. They took the chance and transformed themselves to the new live form that was needed and were employed. The changes altered their emotions, their minds and bodies severely, but along with the changes they let grow in the ability to be happy in the circumstances they had chosen. They got children that from the beginning didn't ever want to be different. When somebody would have tried to change them back, they would have fight for their freedom to maintain their happiness and prosperity. A new species was born.

B. The dictatorial regime designated the family to become the miners the country needed. They were forced to undergo the changes in their body, mind and emotions. To be sure of their loyalty, they were supplied by the ability to be happy in the circumstances the regime had chosen. And so they were, happy and prosperous and when anybody would have tried to return them to their original state, they would fight to defend their life and happiness. A new species was born.

C. Somewhere else in another country. The group was unanimous convinced they need the miners. Not just miners, these one have to adapt their bodies, their minds and their emotions to be able to do the work properly for the long time to come. A family that would do it was found, but their sacrifice would be softened by they would let grow in the ability to be happy in the circumstances that had been chosen. And the family knew they would be happy and prosperous and if anyone would try to convert them back, they would fight their existence. A new species was born.

So new species will arise, their origin of lesser importance, as nummerous as there are stars in the sky. I expect a kind of Cambrian explosion of new species to occur. Our human race as we know it now will be drowned by numbers of new species.

Do you think it is a thriller, this storyline? And the world around you as it is now, isn't that horror? Not all of it, of course, but let's guess half of it? One has to make a choice: the time you live in, the world as you know it; or better cells. Not yet, but one fine day you will. If you don't, others will and you will lag behind. But don't worry, it will go slow enough, all this. Step by step.

When all this comes to existence, the world has just begun. 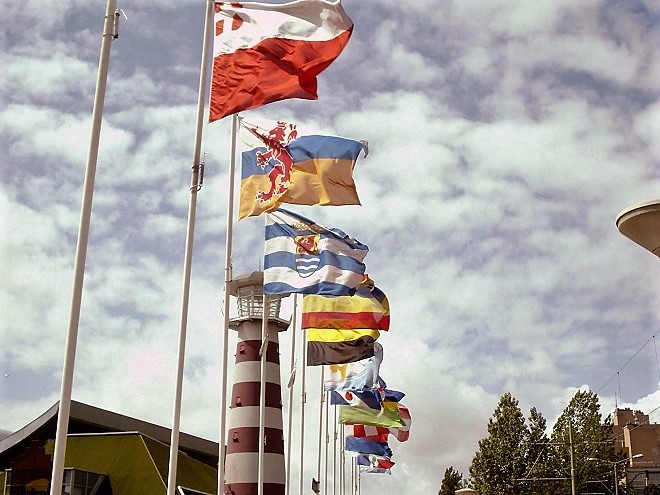 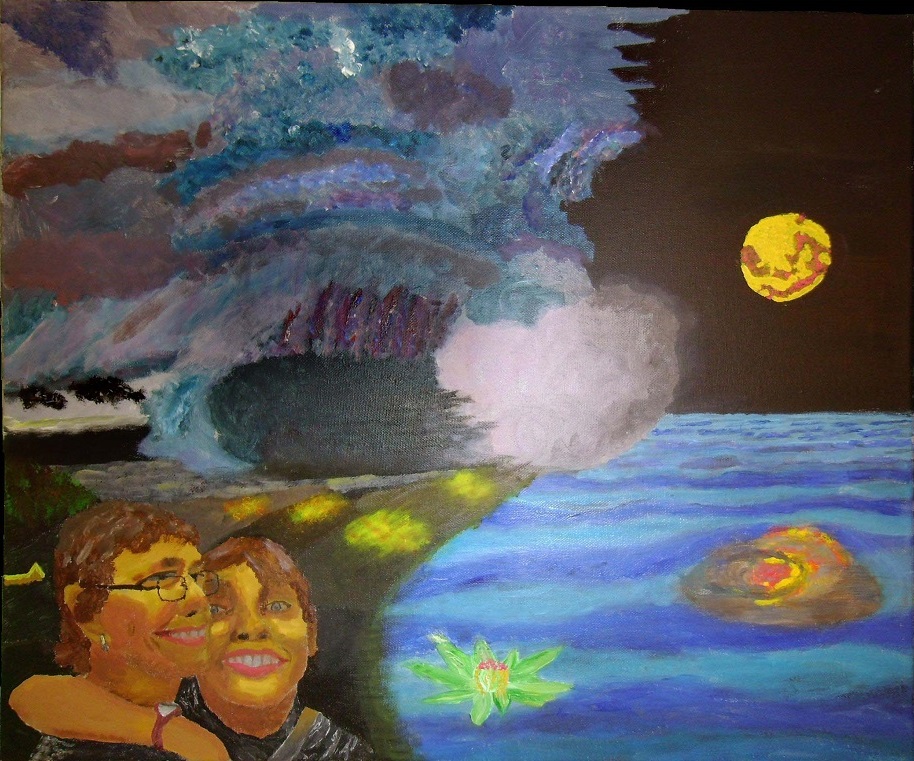 Blue Alice behind the window